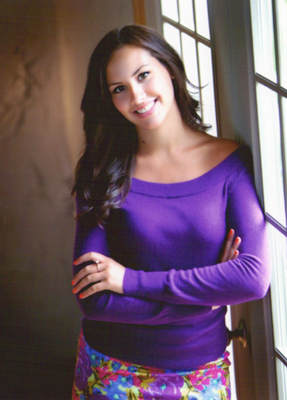 That’s what the flier handed to me at church said when I was in sixth grade: “They’re ruining our communities.” It was an invitation to hear a guest speaker at my church. The topic was opposing gay marriage.

My stomach tightened. I don’t remember if I even knew anyone who was gay, but I knew what I had just read was wrong. I thought the point of church was to learn to love everyone. Why were they bringing in a speaker to preach hate? Did the people around me think that was OK? Did the reverend?

My family and I had always gone to church somewhat regularly. I had been there enough that I knew and trusted many of the congregation members. When I saw that flier, something changed inside me. I felt so ashamed to be associated with a place that blatantly wanted to exclude people.

More than anything, I felt betrayed. Whom else didn’t the church approve of? I didn’t know. In my sixth-grade mind, I feared that maybe they wouldn’t like left-handers like me or redheads like my neighbor. It seemed like playground bullying, except in this case, it was one institution tormenting a whole group of people.

I decided I did not want to go back to church. I told my parents that and explained why. Thankfully, because my mother is liberal and my father a lapsed Catholic, my reasons were accepted.

Since then I have encountered some conflict. Some people find me contemptible for denouncing religion, while others simply offer to “pray for me.” I’ve received my share of looks of pity and revulsion. What these pious people do not realize is that I have similar feelings about them. It saddens me that people justify discrimination in the name of the bible.

From sixth grade until now, my aversion to the church has only been confirmed. Some of the most important and loved people in my life have been gay. As an adult, I look forward to participating in the legal system in a way that will hopefully change some of the current laws made by states not so separated from the church.

Today I am a proud agnostic. I do not condemn those who have faith, but I do condemn those who use their faith as an excuse to harass others. I believe in science, equality, rationality and love. I feel lucky to have learned about myself at such an early age, and hope that less-accepting individuals will one day have a realization akin to mine.