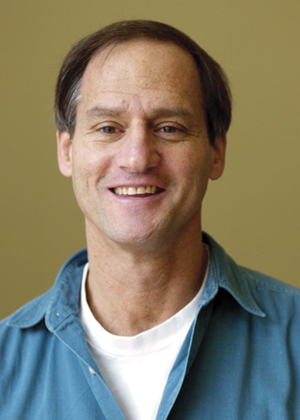 The Ninth U.S. Circuit Court of Appeals ruled 2-1 on March 11 against Michael Newdow’s lawsuit challenging public school recitations of the religious version of the Pledge of Allegiance. Mike had won the case at district level. The appeal, on behalf of California parent-plaintiffs, had been awaiting a decision by the appeals court for more than two years.

The majority decision, by Judge Carlos Bea, a Bush appointee, reads like religious-right propaganda. The decision insists: “The Pledge of Allegiance serves to unite our vast nation through the proud recitation of some of the ideals upon which our Republic was founded and for which we continue to strive: one Nation under God. . .”

Among the bizarre pronouncements: “This is one of the great principles of our nation, when it comes to participating in non-violent religious exercises, or holding particular religious views: All may, none must” (a pronouncement which ignores the fact that under our Constitution, all citizens may profess whatever religious beliefs they like, but the government must never do so).

Below is an excerpt of Judge Reinhardt’s passionate, thorough and spirited 134-page dissent. To make your day, go online to read the entire dissent of Newdow v. Rio Linda, http://www.ca9.uscourts.gov/opinions/view_subpage.php?pk_id=0000010350

Were this a case to be decided on the basis of the law or the Constitution, the outcome would be clear. Under no sound legal analysis adhering to binding Supreme Court precedent could this court uphold state-directed, teacher-led, daily recitation of the “under God” version of the Pledge of Allegiance by children in public schools. It is not the recitation of the Pledge as it long endured that is at issue here, but its recitation with the congressionally added two words, “under God” — words added in 1954 for the specific religious purpose, among others, of indoctrinating public schoolchildren with a religious belief. The recitations of the amended version as conducted by the Rio Linda Union and other school districts fail all three of the Court’s Establishment Clause tests: The recitation of the Pledge in its historic secular version would not fail any of them. Only a desire to change the rules regarding the separation of church and state or an unwillingness to place this court on the unpopular side of a highly controversial dispute regarding both patriotism and religion could explain the decision the members of the majority reach here and the lengths to which their muddled and self-contradictory decision goes in order to reach the result they do.

To put it bluntly, no judge familiar with the history of the Pledge could in good conscience believe, as today’s majority purports to do, that the words “under God” were inserted into the Pledge for any purpose other than an explicitly and predominantly religious one: “to recognize the power and the universality of God in our pledge of allegiance;” to “acknowledge the dependence of our people, and our Government upon the moral direction and the restraints of religion,” 100 Cong. Rec. 7590-91 (1954); and to indoctrinate schoolchildren in the belief that God exists, id. at 5915, 6919. Nor could any judge familiar with controlling Supreme Court precedent seriously deny that carrying out such an indoctrination in a public school classroom unconstitutionally forces many young children either to profess a religious belief antithetical to their personal views or to declare themselves through their silence or nonparticipation to be protesting nonbelievers, thereby subjecting themselves to hostility and ridicule. . . .

The undeniably religious purpose of the “under God” amendment to the Pledge and the inherently coercive nature of its teacher-led daily recitation in public schools ought to be sufficient under any Establishment Clause analysis to vindicate Jan Roe and her child’s constitutional claim, and to require that the Pledge of Allegiance, when recited as part of a daily state-directed, teacher-led program, be performed in its original, pre-amendment secular incarnation that served us so well for generations. Surely, our original Pledge, without the McCarthy-era effort to indoctrinate our nation’s children with a state-held religious belief, was no less patriotic. For purposes of this case, the only difference between the original secular Pledge and the amended religious version is that the former did not subject, and was not designed to subject, our children to an attempt by their government to impose on them a religious belief regarding the existence of God. We should indeed have had more faith in our country, our citizens, and our Constitution than we exhibited at the peak of the McCarthy era when we enacted the religious amendment to our Pledge of Allegiance, in part to inculcate in our children a belief in God. In doing so, we abandoned our historic principle that secular matters were for the state and matters of faith were for the church. The majority does so again today, sadly, by twisting, distorting, and misrepresenting the law, as well as the issues that are before us.

Today’s majority opinion will undoubtedly be celebrated, at least publicly, by almost all political figures, and by many citizens as well, without regard for the constitutional principles it violates and without regard for the judicial precedents it defies and distorts, just as this court’s decision in Newdow 1 was condemned by so many who did not even bother to read it and simply rushed to join the political bandwagon. As before, there will be little attention paid to the constitutional rights of the minority or to the fundamental tenets of the Establishment Clause. Instead, to the joy or relief, as the case may be, of the two members of the majority, this court’s willingness to abandon its constitutional responsibilities will be praised as patriotic and may even burnish the court’s reputation among those who believe that it adheres too strictly to the dictates of the Constitution or that it values excessively the mandate of the Bill of Rights.

If a majority of the populace comes to believe in a patriotism that requires the abdication of judicial responsibility, if it comes to accept that we can only honor our nation by ignoring its basic values, if it comes to embrace a practice of bringing together the many by forfeiting the rights of the few, then we clearly will have imposed an untenable burden not only on our nation in general but on the judiciary in particular. In such circumstances, adherence to constitutional principles by all members of this court and all members of the judiciary will become all the more important. I do not doubt that many Americans feel bound together by their faith in God, but whatever beliefs may be shared by a majority of our citizens, it is respect for the rights of minorities and for the Constitution itself that must bind us all. That is not an easily achieved objective, as today’s decision shows, but it remains an essential one.

History leaves no doubt that Congress inserted the words “under God” in the Pledge of Allegiance in order to inculcate in America’s youth a belief in religion, and specifically a belief in God. No matter the majority’s attempts to obfuscate the question, the record on that point is clear. It is equally clear that the daily, state-sponsored, teacher-led recitation of the “under God” version of the Pledge in public schools, institutions in which First Amendment rights are most in need of vigilant protection, violates the Establishment Clause, under any legal analysis in which this court may properly engage. If our constitutional principles are to be redefined in the manner the majority suggests (and I would hope that they would not be), only the Supreme Court may do so, not two members of an appellate court who for varying reasons wish to repudiate our earlier decision.

The Constitution “has never meant that a majority could use the machinery of the State to practice its beliefs.” Sch. Dist. of Abington Twp. v. Schemp, 374 U.S. 203, 226 (1963). It was to forestall practices such as are currently engaged in by the Rio Linda and other school districts that the Founders adopted the Establishment Clause while deliberately omitting the term “God” from the Constitution. The Founders sought to preserve a strict division between the religious and the secular, and between the Church and the State. As appellate judges it is our duty to preserve that division, unless and until the Supreme Court instructs us to the contrary. . . .

. . . One atheist student who attends a California public school is the daughter of Jan Roe. Ms. Roe’s child was born at the turn of the millennium, and so in September of 2004 the time came for Ms. Roe, a resident of the Rio Linda Union School District, to put her five-year-old daughter on a school bus and send her off for her first day of kindergarten. . . .

When the five-year-old Roe child arrived for her first day of kindergarten, her teacher, a state employee, asked the young students to stand, to place their hands on their hearts, and to pledge their allegiance to “one nation, under God.” Neither young Roe nor her mother, however, believe in God. Thus, having already learned that she should not tell a lie, young Roe simply stood silently, as her classmates recited in unison the version of the Pledge that requires its proponents to express their belief in God. . . .

On some days she quietly endured the gaze of her teacher and her classmates as she refused to say the Pledge, standing in silence as the classroom’s lone dissenter; on others she walked out of the room and stood in the hallway by herself, physically removed from the religious “adherents” — the “favored members of the [classroom] community,” who were able to swear their fealty to the United States without simultaneously espousing a state-sponsored belief in God that was antithetical to their personal religious views.

In April, 2005, Jan Roe filed this lawsuit on behalf of herself and her child. Her claim is straightforward: The Constitution of the United States, a nation founded by exiles who crossed an ocean in search of freedom from state-imposed religious beliefs, prohibits the purposefully designed, teacher-led, state-sponsored daily indoctrination of her child with a religious belief that both she and her daughter reject. Had my views prevailed here, our decision would not preclude daily recitation of the Pledge of Allegiance by public schoolchildren. To the contrary, public schoolchildren would be free to recite the Pledge as it stood for more than sixty years, a patriotic Pledge with which many of us grew up — a patriotic Pledge that is fully consistent with the Establishment Clause. All that would be required would be the deletion of the two words added by an amendment designed to promote religion and to indoctrinate schoolchildren with a religious belief. As has long been agreed in this nation, the teaching of religious views is the function of the family and the Church, not the State and the public school system. . . .

As has long been agreed in this nation, the teaching of religious views is the function of the family and the Church, not the State and the public school system. As a judge of this court, I deeply regret the majority’s decision to ignore the Pledge’s history, the clear intent and purpose of Congress in amending the Pledge, the numerous Supreme Court precedents that render the school district’s course of conduct unconstitutional as applied, and the very real constitutional injury suffered by Jan Roe and her child, and others like them throughout this nation.
Accordingly, I dissent.