In Defense of "Godlessness" 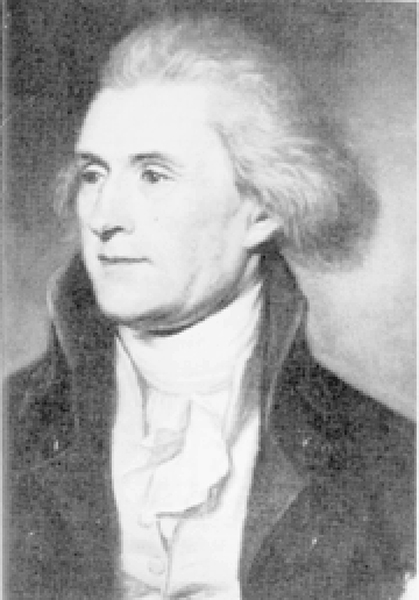 Freethinkers are often treated as second-class citizens, particularly when they speak up for their rights or bring legal challenges to uphold separation of state and church. Even those who merely question government endorsement of religion are subject to increasing harassment, ranging from threatening Ku Klux Klan communications to spiteful and misleading editorial comment.

The current religious revival is breeding ignorance, ill will and an increasing willingness on the part of the public--and our public servants--to pledge allegiance to religion instead of to 'E Pluribus Unum.'

Narrow religious indoctrination demands that respect for tolerance, facts and open inquiry be stamped out, preaching instead blind acceptance of the reigning authoritarian dogmas. The lie that America was founded as a "Christian nation" is being used to spread intolerance of nonChristians and freethinkers.

The Freedom From Religion Foundation works to ensure that the voice of freethought is not censored and that reason and free inquiry are not stifled through religious intimidation.

Freethinkers are skeptics--atheists, agnostics, rationalists and secular humanists--who form their opinions about religion based on reason, rather than tradition, authority or established belief. The word freethought is a reminder that religion does not countenance freedom of thought.

Those who question religious dogma have been among the leaders of progressive thought, helping to advance knowledge, compassion and status. Had all humans obediently and literally accepted scripture on blind faith, we would not have democracy, public education, women's rights, the pursuit of science and medicine, or the abolition of slavery.

Historically, the term "freethinker" also encompassed the nonChristian Voltairean Deists of the Age of Reason who believed only in a nature's god, such as patriot Thomas Paine, and presidents Thomas Jefferson, James Madison and John Adams.

Historically, the United States Was Not Founded as a 'Christian' Nation.

The United States was the first nation to establish the complete separation of church and state. The founders of our country knew that religion is divisive, and that more people have been oppressed, tortured and murdered in the name of a god than for any other reason. Thomas Jefferson wrote of the "remarkable proof of the universal spirit of religious intolerance, inherent in every sect, disclaimed by all while feeble, and practised by all when in power. Our laws have applied the only antidote to this vice, protecting our religious as they do our civil rights by putting all on equal footing" (1818 letter to Mordecai Noah).

As Thomas Jefferson wrote: "The legitimate powers of government extend to such acts only as are injurious to others. But it does me no injury for my neighbor to say there are twenty gods, or no god. It neither picks my pocket nor breaks my leg" (Notes On Virginia).

The U.S. Constitution guarantees freedom of religion and freedom from religion. The Constitution is itself a godless document. The only references to religion in it are exclusionary, such as that there shall be no religious test for public office (Article 6, Clause 3).

The First Amendment mandates that "Congress shall make no law respecting an establishment of religion, or prohibiting the free exercise thereof," which applies to citizens of every state through the Fourteenth Amendment. The U.S. Supreme Court has consistently ruled that the state must be neutral toward religion.

The intact Lemon test demands that statutes must have a secular purpose, a primary effect that neither advances nor inhibits religion, must not foster excessive entanglement of government with religion, or foster political divisiveness along religious lines.

Thomas Jefferson was the major architect of the "wall of separation between church and state," even coining the phrase (1802 letter to the Baptists of Danbury, Ct.). He authored the Virginia Statute for Religious Freedom (1786), which inspired the First Amendment's "establishment clause" drafted by James Madison, and which is now replicated in differing versions in state constitutions.

Jefferson wrote: "to compel a man to furnish contributions of money for the propagation of opinions which he disbelieves is sinful and tyrannical. . ."

The statute orders that no citizen "shall be compelled to frequent or support any religious worship, place or ministry whatsoever, nor shall be enforced, restrained, molested, or burthened in his body or goods, nor shall otherwise suffer, on account of his religious opinions or belief; but that all men shall be free to profess, and by argument to maintain, their opinions in matters of religion, and that the same shall in no wise diminish, enlarge, or affect their civil capacities."

Morally, Most Freethinkers Simply Use the Yardsticks of Reason and Kindness.

Morality is human-made, not ordained. Freethinkers judge conduct by its intent and consequences to the welfare of individuals, humankind and the planet as a whole. Freethinkers are responsible for their own actions, and do not blame or credit the supernatural, or respond to bribes of an "afterlife" or threats of hellfire. The only "higher power" we can truly invoke lies in our own minds and our own intelligence.

While critical of religion, freethinkers do not condemn religionists as "bad" people. As Bertrand Russell put it: "Cruel men believe in a cruel God and use their belief to excuse their cruelty. Only kindly men believe in a kindly God, and they would be kindly in any case."

Freethinkers refuse to suspend critical judgment when evaluating the claims of religion or reading "holy books." Freethinkers ask the basic questions which must be asked of any religion: "Is it true?" "Is it moral?" "Is it the best possible answer?"

Freethinkers observe that each religion, sect and even congregation thinks that it has the "one true faith," that all other religious convictions are wrong, and that only true believers will be rewarded. Even a child knows that these conflicting claims can't be all true. Freethinkers simply believe in one less religion than everybody else.

Freethinkers accept the natural world, and reject the unproved and primitive supernatural myths about gods, devils, angels, magic, life-after-death and the suspension of natural laws ("miracles") through wishful thinking ("prayer"). We hope that someday humanity will outgrow god-ideas much as children outgrow literal belief in Santa Claus.

As Thomas Jefferson noted: "Reason and free inquiry are the only effectual agents against error."