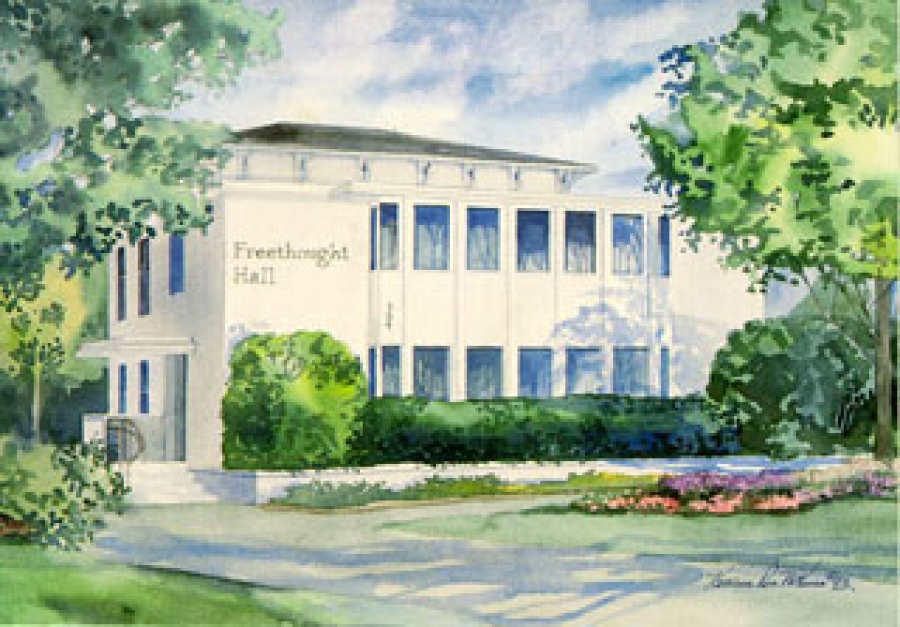 Incorporated in 1978 in Wisconsin, the Foundation is a national membership association of freethinkers: atheists, agnostics and skeptics of any pedigree. The Foundation is a non-profit, tax-exempt organization under Internal Revenue Code 501(c)(3). All dues and contributions are deductible for income tax purposes.

Why is the Foundation concerned with state/church entanglement?

First Amendment violations are accelerating. The religious right is campaigning to raid the public till and advance religion at taxpayer expense, attacking our secular public schools, the rights of nonbelievers, and the Establishment Clause.

The Foundation recognizes that the United States was first among nations to adopt a secular Constitution. The founders who wrote the U.S. Constitution wanted citizens to be free to support the church of their choice, or no religion at all. Our Constitution was very purposefully written to be a godless document, whose only references to religion are exclusionary.

It is vital to buttress the Jeffersonian "wall of separation between church and state" which has served our nation so well.

What does the Foundation do?

What are the Foundation's accomplishments?

The Foundation acts on countless violations of separation of state and church on behalf of members and the public, including: Prayers in public schools, payment of public funds for religious purposes, government funding of pervasively sectarian institutions, and the ongoing campaign against civil rights for women, gays and lesbians led by churches.

The Foundation keeps several challenges in the courts at all times, and has ended a variety of violations of the First Amendment.

The history of Western civilization shows us that most social and moral progress has been brought about by persons free from religion.

In modern times the first to speak out for prison reform, for humane treatment of the mentally ill, for abolition of capital punishment, for women's right to vote, for death with dignity for the terminally ill, and for the right to choose contraception, sterilization and abortion have been freethinkers, just as they were the first to call for an end to slavery.

The Foundation works as an umbrella for those who are free from religion and are committed to the cherished principle of separation of state and church.