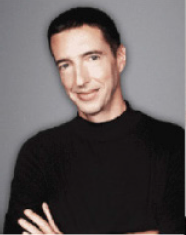 Ron Reagan, the “unabashed atheist, not afraid of burning in hell,” who kindly recorded a recent much-censored TV commercial for FFRF, is the liberal son of Ronald and Nancy Reagan. He dropped out of Yale to become a ballet dancer, joining Joffrey Ballet Company.  He is an actor and TV and radio personality. He does commentary, including for MSNBC and “Both Sides Now,” and is the author of My Father at 100. He serves as an honorary director of FFRF. He has previously received FFRF’s Emperor Has No Clothes Award and addressed the convention in Seattle in 2009. 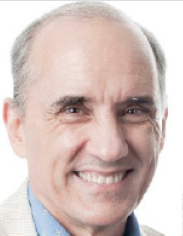 Dan Barker, FFRF co-president, will speak about his newest book, Life Driven Purpose: How an Atheist Finds Meaning, an answer to Rick Warren’s Purpose Driven Life. A talented pianist and songwriter, Dan has recorded three music CDs for FFRF, and will entertain throughout the conference. Dan has a degree in religion from Azusa Pacific University, worked as a missionary and assistant minister, and had a musical ministry until he “just lost faith in faith” in his early 30s. He joined FFRF’s staff in 1987, and in 2004 became FFRF co-president with Annie Laurie Gaylor. His other books include Losing Faith in Faith: From Preacher to Atheist, Godless, the Good Atheist and the forthcoming God: The Most Unpleasant Character in All Fiction. 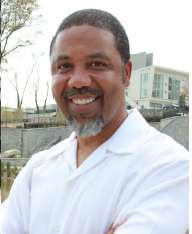 Jeremiah Camara is author of Holy Lockdown: Does the Church Limit Black Progress? and The New Doubting Thomas: The Bible, Black Folks & Blind Belief (which is available for book signing). His documentary on black freethought, humanism and unbelief, “Contradiction: A Question of Faith,” will air at several times on Friday. Jeremiah is creator of the acclaimed video series, “Slave Sermons,” addressing the perils of religious intoxification and the deleterious consequences of relying upon supernaturalism. “Contradiction” deals with the impact of religious loyalty on society, especially as it affects African-Americans. 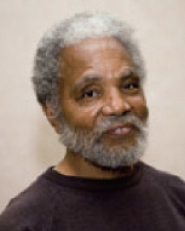 Senator Ernie Chambers, the longest serving state senator in Nebraska, will receive the Emperor Has No Clothes Award. He challenged his legislature’s payment to ministers to open sessions in Marsh v. Chambers (1983), a case that went before the U.S. Supreme Court. Chambers graduated from Creighton University, never took the bar, and was first elected in 1970. He was term limited out in 2008, and won re-election in 2012.  He received FFRF’s Hero of the First Amendment Award in 2005. Known as “defender of the downtrodden,” he’s impressively ensured that Nebraska was the only state never to adopt a religious exemption for child neglect, due to his diligence. This spring, he persuaded the state to drop the death penalty after seeking its abolition since 1970.

FFRF staff attorneys Rebecca S. Markert, Patrick Elliott, Andrew Seidel, Elizabeth Cavell and Sam Grover will present a legal activism workshop, and also give a convention presentation on FFRF’s major recent accomplishments ending state/church entanglements. Rebecca has worked for FFRF since October 2008 and has her law degree from Roger Williams University School of Law. Patrick joined FFRF in 2010, graduating from the University of Wisconsin Law School in 2009. Andrew graduated from Tulane University School of Law, then completed a Master of Laws at Denver University Sturm College, and joined the staff in November 2011. Elizabeth graduated from Tulane University School of Law in 2009 and joined as a full-time staff attorney in January 2013.  Sam, who first interned for FFRF, joined as a staff attorney in the fall of 2013 after graduating from Boston University Law School in 2012. Maddy Ziegler is Cornelius Van der Broek Legal Fellow and Ryan Jane is Diane Uhl Legal Fellow. 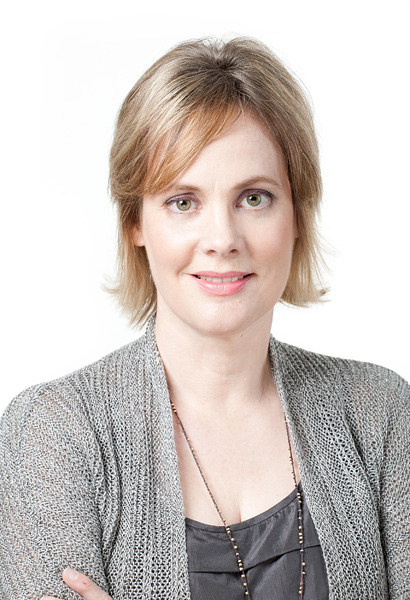 Annie Laurie Gaylor, a convention emcee, serves as co-president of FFRF with Dan Barker. She has a journalism degree from the University of Wisconsin-Madison. An original cofounder of FFRF in 1976 with her mother, Anne Nicol Gaylor, she joined FFRF’s staff in 1985 and edited Freethought Today until 2009. In 2004, she became co-president. Her books, published by FFRF, include Woe to the Women: The Bible Tells Me So and Women Without Superstition: No Gods – No Masters, the first anthology of women freethinkers. 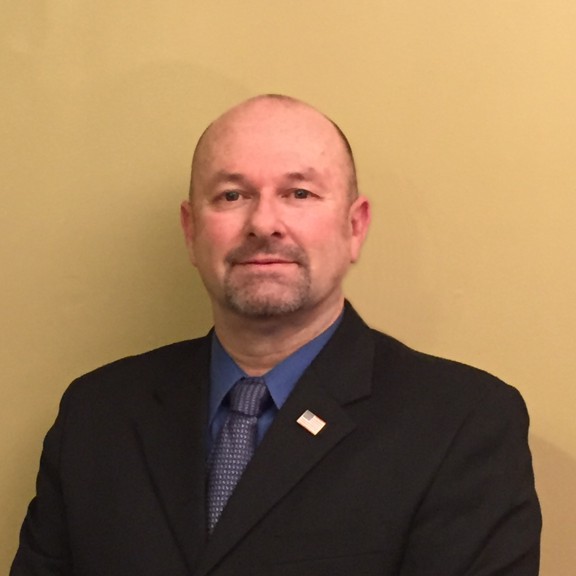 Steven Hewett will be honored with FFRF’s Atheist in Foxhole Award. The former police officer and Afghanistan war veteran returned home with a Combat Action Badge and Bronze Star, only to find a Christian flag flying at the Veterans Memorial in King, N.C. In December, following a long court battle taken on his behalf by Americans United, the city agreed to stop flying the Christian flag and to remove a cross from a kneeling soldier statue. Steven is a Lifetime FFRF Member. 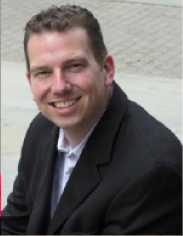 Kevin M. Kruse is professor of history at Princeton University, whose newest book is One Nation Under God: How Corporate America Invented Christian America. He is also author of White Flight: Atlanta and the Making of Modern Conservative (2005) as well as of three collections on modern U.S. history. White Flight won many prizes. Smithsonian Magazine honored Kruse as one of America’s top young “innovators in the Arts and Sciences” He’s been named a Distinguished Lecturer by the Organization of American Historians. He earned his M.A. and Ph.D. in history at Cornell University, Ithaca, N.Y. 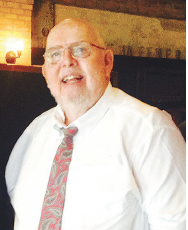 Douglas Marshall will receive a Freethinker of the Year Award as the plaintiff in FFRF’s recent federal court victory, forcing the town of Warren, Mich., to let him put up a Reason Station to counter an ongoing prayer booth that dominates the atrium of his city hall.  Doug has identified as an atheist since the age of 40. He was previously a plaintiff in the 2011 case, FFRF & Marshall v. City of Warren, concerning the censorship of FFRF’s winter solstice sign by the city. He directs the Warren Reason Station. He  graduated from Tri State College, Ind., with a business degree in 1967, served in the U.S. Army for two years, and retired in 2005 as a marketing analyst in the trucking and logistics industry. 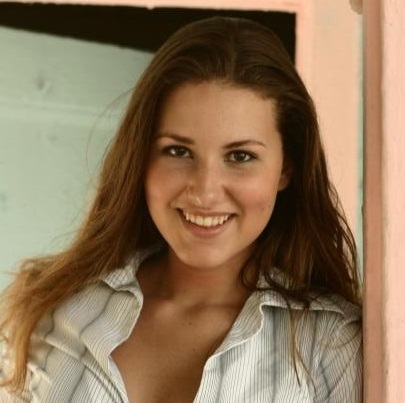 Brooke Mulder will receive a Nothing Fails Like Prayer Award for her secular invocation (to balance religious invocations) before the city council in Glendale, Ariz. Brooke is a native Floridian who’s also lived in New York, Georgia and Washington. A dedicated employee of Quicken Loans, Brooke also co-owns a strength and conditioning company with her husband of six years, Rich, who is attending the conference with her.  She enjoys Jane Austen, dueling pianos, live sports, and people who value logic. 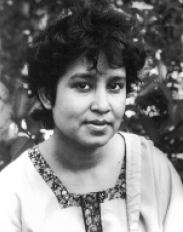 Taslima Nasrin will receive FFRF’s Emperor Has No Clothes Award. She has been living under a death fatwa for blasphemy by Bangladesh imams since 1993. She became an anesthesiologist, poet and syndicated columnist. Her novella, Shame (on sale), which deals with Muslim discrimination against Hindus, was banned, then brought bounties on her head. She fled to Sweden for asylum, then settled in India. After escalating death threats and street executions of other Bangladesh atheist writers this year, she left India, with the help of FFRF and CFI. She received a Freethought Heroine Award from FFRF in 2002. Other books include French Lover, Mayebela: My Bengali Girlhood, No Country for Women, All About Women. Nasrin has said, “Religion is the great oppressor, and should be abolished.”

Thomas Sheedy, 17, will receive FFRF’s Richard and Beverly Hermsen Student Activist Award of $5,000. Thomas is a senior at Ward Meville High School, East Setauket, N.Y. He is founder of the Secular Student Alliance of Ward Meville High School (a two-year fight, which he will be speaking about), vice president of its Gay-Straight Alliance and event organizer for Long Island Atheists. He has a younger brother and hopes to major in political science and public administration. His father, Michael Sheedy, is attending the conference. 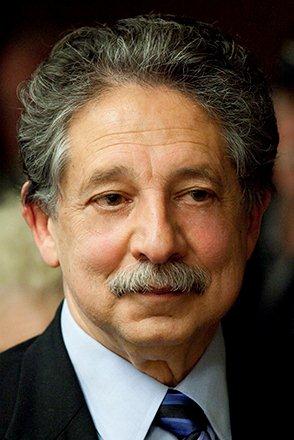 Paul R. Soglin, mayor of Madison, is the first mayor to welcome participants at an FFRF convention. He’s served as Madison’s 51st, 54th and 57th mayor, being elected eight times. After a famous antiwar student career, he earned a law degree in 1972, and was first elected mayor in 1973, becoming Madison’s youngest mayor. 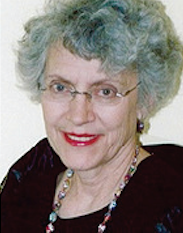 Rita Swan will receive a Lifetime Achievement Award. Swan, who has a Ph.D., speaks and writes about child abuse and neglect related to religious or cultural practices. After losing their son in 1977 because of their faith in Christian Science, she and her husband left that church and became advocates for the rights of children to medical care. In 1983, they founded Children’s Healthcare Is a Legal Duty (CHILD), a national nonprofit membership organization. CHILD disseminates information about ideological child abuse and neglect, opposes all religious exemptions from child health and safety laws, lobbies in support of rights of children to equal protection, and files amicus briefs in support of those rights. Swan earned her doctorate in English from Vanderbilt University. 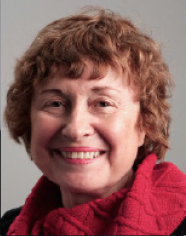 Anita Weier will be honored as Freethought Heroine for introducing a historic ordinance to make “nonreligion” a protected class in Madison, Wis. Her first of its kind ordinance passed with no dissent on March 31. Weier, former assistant city editor for The Capital Times, served as an alderperson for two terms (2011-2015). She has a journalism degree and a library and information studies master’s from the University of Wisconsin-Madison. She has worked at the Las Vegas Sun, the Business Journal (Milwaukee), the Janesville Gazette, then The Capital Times from 1994-2009. She’s won many journalism awards and fellowships, including a first-place national award for the state government beat from the association of Capitol Reporters and Editors.