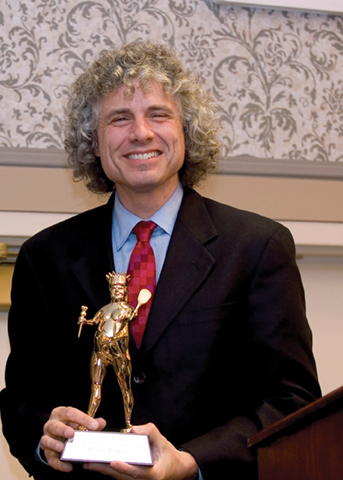 Steven Pinker, published extensively in the fields of linguistics and experimental psychology, taught at MIT for 21 years and now is Johnstone Professor of Psychology at Harvard. Among his numerous books and bestsellers are The Language Instinct (1994), How the Mind Works (1997), The Blank Slate: The Modern Denial of Human Nature (2002), and The Stuff of Thought: Language as a Window into Human Nature (2007). His writings have frequently appeared in Time, The New Republic, The New York Times and many other magazines and newspapers. Pinker has won numerous prizes for his books (including the Los Angeles Times Science Book Prize, the Eleanor Maccoby Book Prize and the William James Book Prize three times) and research (including awards from the American Psychological Association, the Royal Institution of Great Britain and the National Academy of Sciences). Just out in time for the convention will be Pinker's newest book, The Better Angels of Our nature: Why Violence Declined.

The Better Angels of Our Nature: Why Violence Declined

Honoree Charles Strouse’s music has attracted top recording artists from the last half-century. Strouse has written the score to over 30 stage musicals, 14 scores for Broadway, four Hollywood films, two orchestral works and an opera. He has been inducted into the Songwriters Hall of Fame and the Theatre Hall of Fame. He is a three-time Tony Award winner, a two-time Emmy Award winner, and his cast recordings have earned him two Grammy Awards. His song “Those Were The Days” began over 200 episodes of “All in the Family.” His musicals “Annie” and “Bye Bye Birdie” are among the most popular musicals of all time produced by regional, amateur and school groups all over the world.

And, Charles Strouse is a freethinking humanist, who will make a rare appearance to accept FFRF’s Emperor Has No Clothes Award, reserved for public figures who make known their dissent from religion. Copies of his memoir, Put On A Happy Face, will be available for sale at the event. 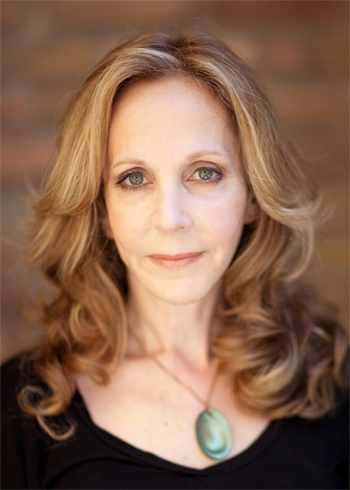 Rebecca Newberger Goldstein, author of 36 Arguments For the Existence of God: A Work of Fiction, will be named Freethought Heroine 2011. Her speech is titled “36 (Bad) Arguments For the Existence of God.” Named “Best Novel of 2010” by the Christian Science Monitor and among NPR’s “Five Favorite Books of 2010,” the book ends with a chapter in which Rebecca’s atheist protagonist offers 36 arguments against the existence of God. Goldstein is a 1996 MacArthur Fellow (the “genius” award) and has written five novels and a book of short stories and nonfiction, including Betraying Spinoza: The Renegade Jew Who Gave Us Modernity. She has taught at Barnard and in the Columbia MFA writing program and the Rutgers philosophy department. She’s been a visiting scholar at Brandeis and at Trinity College in Hartford. She is a research associate in Harvard’s psychology department and is married to Harvard scientist Steven Pinker, a previous FFRF honoree and Honorary Board member.

36 (Bad) Arguments For the Existence of God - Freethought Heroine Award 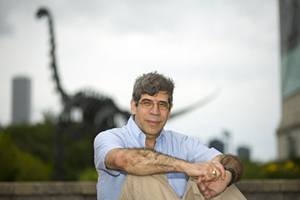 Professor Jerry Coyne will accept FFRF’s Emperor Has No Clothes Award at the convention. Coyne, a professor in the Department of Ecology and Evolution at the University of Chicago, is author of the 2009 book, Why Evolution is True. His plain-spoken column, “Science and religion aren’t friends,” appeared in USA Today in October 2010, in which he wrote:

“Science and faith are fundamentally incompatible, and for precisely the same reason that irrationality and rationality are incompatible. They are different forms of inquiry, with only one, science, equipped to find real truth. And while they may have a dialogue, it’s not a constructive one. Science helps religion only by disproving its claims, while religion has nothing to add to science.”

Why Religion and Science Can't Mix 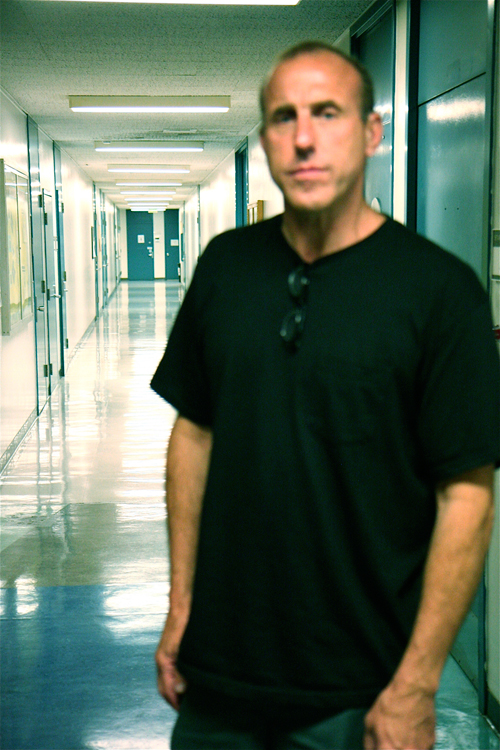 Joseph Taylor will talk about his modulation from Christian rocker to nonbelieving educator. Joe is the founder, principal songwriter, producer, and keyboard player for the seminal rock group Undercover, and the founder, and general manager of Brainstorm Artists International / Innocent Media, a production company and record label distributed by Sony Music and Word Records and distributed all over the world. Joe toured the US, Canada and Europe regularly, headlining up to 250 concerts per year at venues including the Cornerstone, Greenbelt and Flevo Festivals, The Pacific Amphitheater, Anaheim Convention Center, Disneyland, Six Flags, the Los Angeles Olympic Games, the Los Angeles Street Scene, and National Youth Workers Conventions in Los Angeles and Atlanta. He has produced over 75 full-length recordings including the debut by the Grammy Award-winning group Anointed, multiple Dove-Award winners and Grammy nominees and his work has produced dozens of Billboard top-ten radio singles including national #1 and #2 singles with his own group. Joe received his MBA from UCLA and MM from California State University, Fullerton. He now teaches History of Rock, Artist Management, Songwriting, Marketing of Recorded Music, and Entrepreneurship in the Music Industry at James Madison University.

Finding My Way By Losing It: A Christian Music Icon's Path to Disbelief 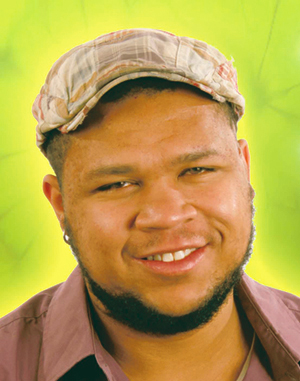 Dylan Galos will be receiving a $1,000 student activist award. Dylan, who just earned his Master's in public health from Ohio State, has an undergraduate degree from New Mexico State University in biology. This fall he will be entering a Ph.D. program at the University of Minnesota in public health. Dylan, who as a student in Columbus was active with the Student Secular Alliance, was part of FFRF's Columbus "Out of the Closet" billboard campaign. Dylan's billboard was the only billboard to be moved twice, once at the behest of a church whose land the billboard was on. FFRF discovered the church had not been paying property taxes on that parcel, and its complaint to the city has remedied that situation. Then a businessman complained about the billboard on his property, and it was moved to a third home! Dylan did a lot of positive media and the censorship of his message engendered lots of publicity. 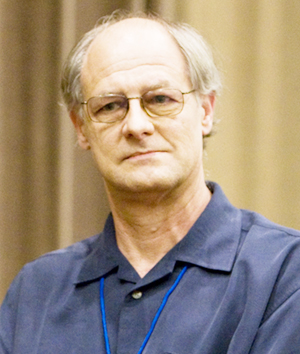 Steve Trunk, an FFRF Board and Lifetime Member, will receive the Atheist in Foxhole Award as plaintiff in a lawsuit in which the 9th Circuit U.S. Court of Appeals in January declared the Mount Soledad cross in San Diego unconstitutional.

A cross by any other name . . . - Atheist in Foxhole Award 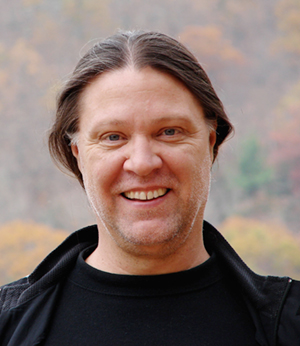 Mitch Kahle, founder of Hawaii Citizens for the Separation of State and Church, will be named Freethinker of the Year for persuading the Hawaii Senate in January to drop prayers to open legislative sessions. Kahle, a longtime FFRF supporter, was roughed up by Senate security for protesting prayers.

Freethinker of the Year 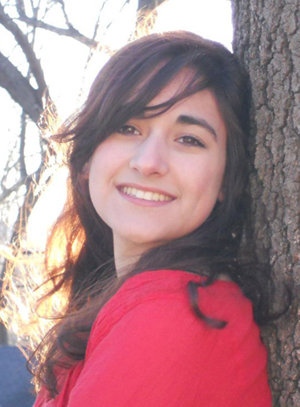 Jessica Ahlquist, 16, who is a plaintiff in an ACLU federal lawsuit to remove religious imagery from her Rhode Island high school. Jessica will receive a $1,000 student activist award and talk about her case. 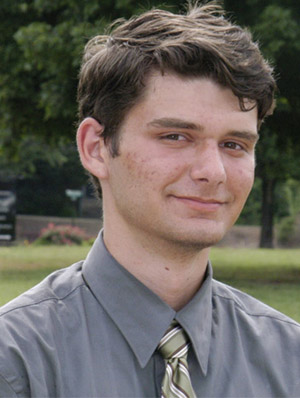 Harrison Hopkins will accept a student activist award and talk about what happened when he and FFRF protested an unlawful senior class vote on whether to pray at his graduation ceremony in Laurens, S.C.