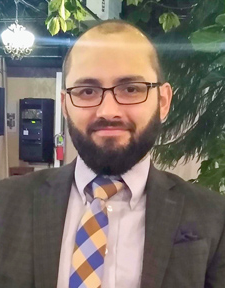 Braxton is a Navajo native from Idaho who grew up in an LDS-Mormon family. Braxton felt the church and most members shunned his family because of their nontraditional background, family members’ addictions and their overall lifestyle. Braxton officially left the church because he disagreed with the church’s vocal stance against same-sex marriage, among other things. “I now identify as an atheist and strive to show people good comes from good people, not God,” Braxton says. Braxton saved enough money to attend Utah Valley University as an audio digital media major, but during his second semester was struck by a car, fracturing his skull and rendering him unconscious for three days. After three full weeks in the hospital, Braxton had to relearn how to balance, walk and speak. While his doctors suggested that he drop out of school, Braxton decided nothing was going to stop him from being the first in his family to earn a bachelor’s degree. When he went back to school, he started the Chess, Audio and Card Games Club on campus and a volunteer and internship program between UVU and Primary Children’s Hospital. This year, he opened a concern/recording space for musicians and songwriters to combat Utah’s “censorship for the sake of censorship.”

This scholarship is made possible by the generous Yip Harburg Lyric Foundation and FFRF member Ernie Harburg, the son of the famous lyricist of “Over the Rainbow.” FFRF is providing the scholarship funds, and the Secular Student Alliance has done the legwork and vetting. Braxton received $1,000.