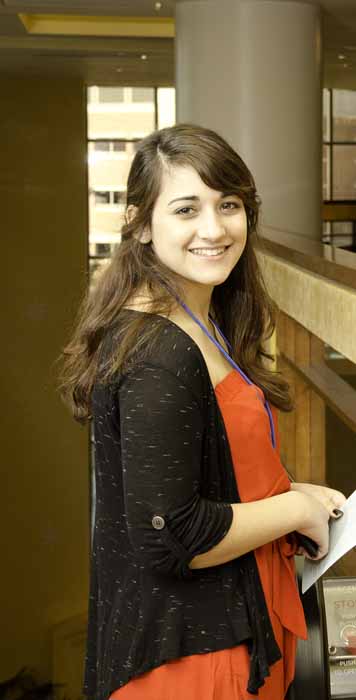 The Freedom From Religion Foundation, a 501(c)(3) educational charity which has a careful track record of administering scholarships and student activist awards for decades, is announcing the creation of a special fund, “The Atheists in Foxholes Support Fund,” to provide scholarships and assistance to persons who exhibit bravery in furthering the cause and experience hardship because of that stand.

“With the help of its membership, FFRF will create and replenish the Fund to increase its support, especially for young persons who take a stand in support of freethought or state/church separation, and are punished for that stand,” said Dan Barker. “Clearly, there is a need for a vehicle in which the freethought community can rely to respond to show support and help activists who find themselves in the crossfire as civil ‘atheists in foxholes.’ ”

The Foundation announced today its first recipient will be Jessica Ahlquist, the besieged 16 year old running the gauntlet in Rhode Island for successfully suing her high school over an illegal prayer banner. FFRF today is sending a start-up scholarship check via its Atheists in Foxholes Support Fund for $10,000. FFRF already announced it is designating her for the 2012 Thomas Jefferson Youth Activist Award with a $2,000 scholarship.

As required by the IRS, the selection of recipients will be done based on objective criteria, including actual financial need or simply the desire to reward and incentivize public stances.

Ahlquist, who is being treated as a pariah by many classmates, and adults in the community and throughout the state, has expressed the desire to graduate early from high school to attend an out of state college.

FFRF’s “Atheists in Foxholes Support Fund” will be created permanently and tax-deductible donations may be earmarked for the Fund itself.

Please note: Under longstanding IRS regulations, donors may not earmark a contribution for a specific person and still take a deduction. The IRS gives as an example: “You can deduct contributions for flood relief, hurricane relief, or other disaster relief to a qualified organization. However, you cannot deduct contributions earmarked for relief of a particular individual or family.”

Read More about FFRF’s Other Scholarships and Funds

• For more than three decades, FFRF has administered essay competitions to reward freethinking students. It now has three such contests, whose topics are announced in February, for collge-bound high school seniors, for currently enrolled college students and a new contest for graduate/students 25 and older.

• FFRF additionally awards activism and achievement through awards usually given at its conventions, including Freethought Heroine, Freethinker of the Year, and its Emperor Has No Clothes Award for public figures who make known their dissent from religion. The awards include plaques or, in the case of the Emperor award, a very special statuette, and honoraria. Donors may contribute to any of these award funds.

FFRF accepts online donations (use the dropdown list to designate). Checks may be sent to the new Atheists in Foxholes Support Fund, Catherine Fahringer Memorial Student Activist Award, Youth Activist Awards or Student Scholarships. If interested in creating or endowing a new student activist award, or there are other questions, contact This email address is being protected from spambots. You need JavaScript enabled to view it.. Checks may be sent to any of the funds to: FFRF, PO Box 750, Madison WI 53701.