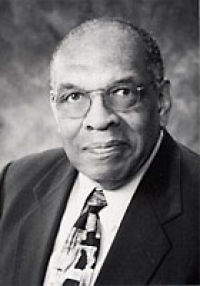 This presentation was made on Oct. 12, 2003, at the 26th annual convention of the Freedom From Religion Foundation in Washington, D.C.

The Freedom From Religion Foundation has a category of membership reserved for a select, elect group of people, known as our "honorary officers." The position is reserved for freethinkers who have won Supreme Court cases in favor of the separation of church and state.

Alton Lemon won the case Lemon v. Kurtzman, 1971, which successfully challenged a Pennsylvania law, the first such law in the nation providing public tax funds to religious schools for teaching four secular subjects. Mr. Lemon, a member of the ACLU, volunteered to be part of the challenge of this law, which became a watershed for the Establishment Clause, and resulted in a historic decision bearing his name.

The United States Supreme Court unanimously invalidated the parochial aid. In one of the enduring legacies of the Burger Court, it also codified existing precedent on the Establishment Clause into a test called the "Lemon Test." The "Lemon Test" has three prongs. If any of the three prongs are violated by an act of government, it is unconstitutional:

"The 'Lemon Test' has been invoked in virtually every lawsuit the Foundation has ever taken. It is our best friend." said Foundation staff member Annie Laurie Gaylor, in presenting the plaque award.

"It has been hated and reviled by the religious right. Three presidents (you can guess which ones) have openly sought to overturn it. Justice Scalia, who's a pretty scary fellow himself, has made an odious comparison of the Lemon Test to 'some ghoul in a late-night horror movie that repeatedly sits up in its grave and shuffles abroad, after being repeatedly killed and buried.' Despite attacks against it and attempts to modify and chip away at it, the Lemon Test endures.