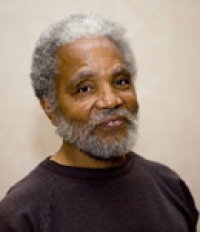 This introduction was delivered by Annie Laurie Gaylor on Nov. 12, 2005, at the annual convention of the Freedom From Religion Foundation, in giving a "Hero of the First Amendment" award to Sen. Ernie Chambers.

Our office had often wondered about the brave Nebraska legislator who dared to file a lawsuit challenging paid prayers before the Nebraska Legislature. In the past 30 years, it is virtually unheard of for an elected official to brave voter wrath and stand up for the constitutional principle of the separation of church and state, much less become a plaintiff in a controversial lawsuit. Sen. Ernie Chambers won parts of his challenge of paid legislative prayers at the federal and appellate level. When Marsh v. Chambers was decided by the U.S. Supreme Court in 1983, the Burger Court decided, very wrongly, that because the prayers had been going on for so long, they amounted to a "tradition." Well, slavery was also a long-standing "tradition" in our country, so that reasoning was pretty appalling.

It is a testament to the persuasiveness of Sen. Ernie Chambers that after the decision was handed down, Nebraska decided to drop paid prayers anyway. Instead, the Legislature hired a coordinator to deal with unpaid clergy. That in itself is a major victory for taxpayers' right not to be forced to subsidize worship.

Michael Newdow, who has challenged "under God" in the Pledge of Allegiance, is the Foundation member (and three-time honoree) who actually nominated Ernie Chambers for an award. I am grateful to Mike for letting me know that Ernie Chambers is still serving in the Nebraska statehouse, and was so easy to find!

Sen. Chambers was first elected to the Nebraska Legislature in 1970. This spring, he became the longest-serving senator in the history of the State of Nebraska. In fact, it is well-known that a term-limit amendment that passed in 2000 was aimed primarily at unseating Sen. Chambers. When you think about that, it's quite a compliment to Sen. Chambers. Sadly for Nebraska and the nation, he cannot seek reelection in 2008. But that does give him three more years to agitate!

Sen. Chambers is known in Nebraska as a "defender of the downtrodden," defending the rights of women athletes, gays and lesbians, farmers, criminals. He has diligently attempted to overthrow Nebraska's death penalty, which law he did manage to modify.

An Omaha redevelopment project now bears his name, after his role in seeing to it that historic buildings will be renovated into 70 affordable housing units for 240 people. The courtyard this year was named "Chamber Court" in his honor.

We feel the same way.

Sen. Chambers has continued to be an activist for the separation of church and state, as you know a highly unpopular cause. This year, for instance, he filed a complaint against a judge in Sarpy Co., Neb., whose unlawful and inappropriate religious comments and bible-reading ended up overturning the sentences of two convicted child molesters. Sen. Chambers filed a complaint with the State Commission on Judicial Qualifications seeking to find Thompson guilty of willful misconduct and be unseated.

I was recently contacted by Rita Swan, of Iowa, who directs Children's Healthcare Is a Legal Duty. Rita, who has addressed our group in the past, writes:

"I notice that you are giving Ernie Chambers an award. I hope you will mention in your introduction of him at the convention that he has kept religious exemptions out of Nebraska's child protection laws.

"Nebraska is the only state in the country that has never had a religious exemption to child neglect in either the juvenile or criminal codes and that distinction is due to Ernie's forceful opposition and vigilance.

"We live just across the Missouri River from Nebraska, so we have watched Ernie work over the years. His accomplishments in a conservative state and conservative legislature are astounding--many, many one-man filibusters.

"Even during the 1975-83 period when the feds were coercing states through the power of funding to pass religious exemptions to child neglect laws, Ernie managed to keep them out.

"He is being term-limited out. It's a shame," Rita concluded.

I was contacted by a Nebraska reporter from the Omaha World-Herald who obviously greatly admired Ernie, and who wrote a piece about the fact that the Foundation is honoring Ernie. She regaled me with details on his accomplishments as a progressive voice in Nebraska. He graduated from Creighton Law School, never took the bar. He was under surveillance by Herbert Hoover. Under Ernie's leadership, Nebraska became one of the first states to divest from South Africa. She also told me something I hadn't asked him about, that, on top of all of his other marvelous attributes, he is (no surprise) a non-superstitionist.

Ernie Chambers breaks the starched suit and tie rules, wearing T-shirts to the Legislature, on Donahue, to the United Nations and to meet President Carter. The only black member in an overwhelmingly white, ultraconservative state, he regularly receives vicious threats and racial slurs. He is quoted in court decisions. He is a stalwart on abortion rights. He is considered the conscience of the Nebraska statehouse.

We have admired Ernie Chambers from afar for many, many years, and thank him for traveling so far just so that we could meet him and shake his hand.

Ernie, you are our hero, and we have a plaque for you naming you our 2005 "Hero of the First Amendment."