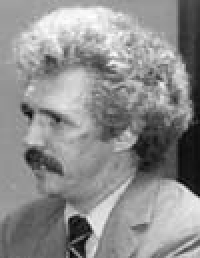 Ken Saladin, a professor of biology and member of the Freedom From Religion Foundation, objected to the municipal seal of Milledgeville, Georgia, featuring a banner reading, "Liberty, Christianity." He wrote a letter to the mayor requesting an appointment to discuss the constitutionality of the seal, but the mayor refused to consider changing it. More than 17,000 people signed a petition supporting the Christian flag after Saladin filed a lawsuit in federal court against this establishment of religion. The case was resolved by a peculiar court order: to keep the seal only on embossed documents and letterhead stationery, where the word Christianity was "unquestionably illegible." When Saladin's ACLU attorney withdrew from the case, Saladin pursued the case successfully on his own through the courts, and in 1992 the city finally agreed to remove the word entirely from the seal.

"I hope the Milledgeville case. . . will not only help to sharpen and define the meaning of the First Amendment, but also inspire others to take similar actions elsewhere."