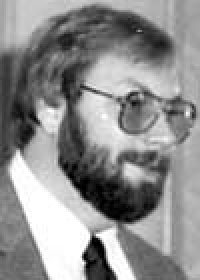 In 1987, Foundation Life Member Richard Rohrer asked the mayor of Ottawa, Illinois, to stop a "seasonal display" in a city park of 16 billboard-sized paintings depicting "the life of Jesus Christ according to the gospels." The Christian display had dominated Washington Park, site of the historic Lincoln-Douglas debate, from November through early spring since the 1950s. At one time the city had taken over ownership of the paintings from the Jaycees. It also erected and took down the display. Rohrer filed a lawsuit seeking a halt to the display in 1988, financing it personally. When his funds ran out, the ACLU took over the case with Rohrer as plaintiff. When Rohrer moved out of town in 1989 to accept a new job, replacement plaintiff "Jane Doe" signed on, seeking anonymity to protect her from the type of harassment Rick had received (including a communication from the Ku Klux Klan).

In December 1989, U.S. District Judge Milton Shadur ordered the display to be removed and permanently banned from public property: "Because the sole purpose behind the display of the intensely religious paintings was to promote their religious message, city defendants violated the Establishment Clause by allowing Jaycees to construct and maintain the paintings in the park." Although the federal ruling in Rick's favor was upheld in a 2-1 decision by a panel of the Seventh Circuit Court of Appeals in 1991, that ruling was reversed in May 1992, when the entire appeals court voted on the case. In what Rohrer termed a "tragic miscarriage of justice," the full court voted unanimously that the park was a "public forum," but did stipulate that the city must institute rules and reasonable limitations on displays.