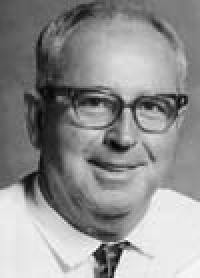 Jean Bertolette, a retired school teacher and member of the Freedom From Religion Foundation, protested religion at commencement ceremonies conducted in Yucca Valley, California, after a friend witnessed a local bible-thumper's demonstrations at a public graduation in 1986. After receiving hostile responses, Bertolette, represented by Carol Sobel from the ACLU of Southern California, filed a lawsuit. Jean noted that he suddenly lost a lot of "friends." He won at the Superior Court level, lost at the appellate, then won resoundingly when the California Supreme Court voted 5-2 on May 5, 1991, to prohibit prayers and benedictions during all graduations in all California public schools. The Los Angeles Times estimated that the decision halted illegal prayers occurring in three-quarters of California's 1,000 public school districts.

"The liberties I have here on this planet now are because other people got up and fought. Be active if you can."