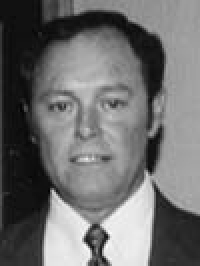 Roger Cleveland, director of the Alabama Freethought Association, a chapter of the Freedom From Religion Foundation, filed a complaint in 1989 against official chapels in Alabama state parks. He reached an out-of-court settlement in 1991, with the state in agreeing to correct the violations. When the state did not comply, Roger filed a lawsuit in 1992 in the U.S. District Court for the middle District of Alabama, Northern Division, with co-plaintiffs Ro Ellis, Hank Shiver, and the Alabama Freethought Association. On January 28, 1993, U.S. Dist. Judge Truman Hobbs issued a court order to the state Conservation Department advising it to abide by the Constitution. Hobbs ordered state parks to stop organizing or operating religious services, to remove permanent crosses as well as any endorsements of religion in buildings in Alabama state parks, to charge religious and secular groups the same fees, and to institute equitable access to parks. Any state map, brochure or information on "chapels" in parks must include a statement that the chapel is open for use by any group.

"Godless parks at last, at last!"