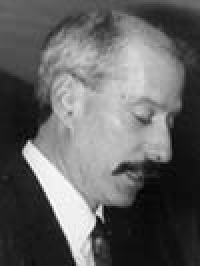 Prof. Allen Berger, the father of two school-aged children, objected to the 40-year practice of allowing Gideon representatives to distribute bibles to fifth-graders in public classrooms in Rensselaer, Indiana. The Indiana Civil Liberties Union filed a lawsuit against the school board on Berger's behalf. Although a lower court ruled against Berger in 1991, the Seventh Circuit Court of Appeals in Chicago overturned the lower court in May 1993, ruling in favor of Berger. A three-judge panel noted: "We must continue to view with suspicion governmental forays into religious activity, particularly in the context of public schools. The relationship between the corporation and the Gideons cannot survive this scrutiny." Although the school board appealed, the Supreme Court refused to hear the case, thus letting stand the appeals court decision.

"It's not enough for organizations to care. It takes someone willing to stick his or her neck out. . . . I don't regard myself as a hero. I think I'm just a citizen."