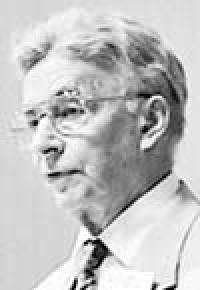 Mel Schlesinger, a businessman and Foundation member, wrote to the Indiana Civil Liberties Union in 1981, requesting action to remove a 16-foot Catholic crucifix, donated in 1955 by the Knights of Columbus, from Wicker Park, a public park in North Township, Indiana. Mel and four other volunteers became plaintiffs in the ICLU lawsuit filed in the federal court in Hammond, Indiana, on June 24, 1983. The case languished before three different judges until 1992, when Mel organized a one-hour picket at the park, which received media attention and was monitored by 19 police officers to prevent a riot. A subsequent petition drive by churches was signed by 1,500 individuals urging the judge to allow the crucifix to remain. In July 1992, Judge Rudy Lozano issued a decision permitting the crucifix to remain in the park. The decision was appealed to the 7th Circuit Court in Chicago, and in September 1992, more than ten years after Mel first complained, the appeals court handed down a strong decision ordering the immediate removal the crucifix. The Township was also required to pay the defendants for their discomfiture, and the attorneys for their work. The crucifix was moved to a churchyard and was replaced at the park with an everlasting gas flame mounted on a secular stone war memorial.