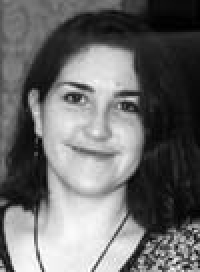 Beverly Harris, a 17-year-old high school senior, asked Grangeville High School, Idaho, to stop its practice of holding illegal prayers at high school commencements. When the Harris family's request was denied, the ACLU filed suit on behalf of the family in February 1991. The superintendent responded by asking the senior class to vote on the issue, ostensibly to remove the school administration from responsibility. The vote was 52-12 in favor of prayer. Beverly's case was heard one week before her high school graduation; the judge deferred ruling on the decision since the Supreme Court's decision in Lee v. Weisman was pending. Two prayers and a religious song were part of her graduation ceremony. Despite the Weisman ruling by the Supreme Court against commencement prayers in 1992, U.S. District Judge Harold Ryan in Boise ruled against her case in 1993. Beverly appealed her loss to the Ninth Circuit Court, which, on Nov. 18, 1994, handed down a 2-1 decision declaring graduation prayers practice unconstitutional. In 1995, Beverly's brother, Sam, participated in the first Grangeville High School graduation ceremony which did not have a prayer in the program.

"Too many people are willing to sit on the sidelines and let others do the fighting. . . Overnight, my family became pariahs in Grangeville. We became targets. My younger brothers were terrorized and beaten up, our cats were killed, our car tires were slashed, and we were generally ostracized by the community."