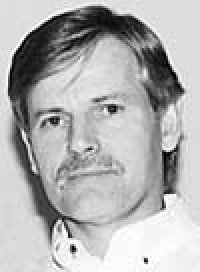 Michael Chandler challenged numerous illegal religious practices in the public school when he was assistant principal in Dekalb County, Alabama. Aided by the ACLU, he brought a lawsuit in 1996 challenging religious worship in his son's school, as well as challenging a 1993 law promoting prayer in public schools. Chandler's school district refused to comply with secular principles, and in March of 1997, U.S. District Judge Ira DeMent ruled that the school prayer law was unconstitutional. In October 30 of that same year, Judge DeMent issued guidelines to be implemented in the DeKalb County schools to be strictly enforced. Unfortunately, religionists in the area wouldn't give up. Gov. Fob James made many inflammatory statements, including the notorious declaration that the Bill of Rights does not apply to Alabama, and counseled schools to ignore the ruling. After lengthy appeals, the 11th U.S. Circuit Court of Appeals in April 2001 threw out parts of DeMent's order over students praying "voluntarily" in public schools. Nevertheless, Mr. Chandler' lawsuit ended many extreme violations of church and state in his school system.

"There's a lot of extremists who use this majority rule argument, which is mob rule, to force their religion down your throat or down your children's throats at school. My civil rights are not up for majority vote. I insist upon certain rights in this country."