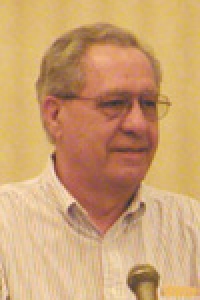 Robert Tiernan, an attorney and past president of the Denver chapter of the Freedom From Religion Foundation, is a criminal defense lawyer and First Amendment defender. He has brought several important legal challenges for the Freedom From Religion Foundation. (For example, see here) Most recently he was able to end a 53-year violation involving a major taxpayer subsidy of an annual Easter service in the Denver area. He has also defended pro bono a freethinker accused of "blasphemy" for removing a religious cross illegally placed in a public right-of-way.

"When people question my dedication to the principle of church/state separation, I tell them it must have been the most important liberty in the minds of the Founding Fathers because they chose to lead off the very First Amendment with the Establishment Clause. It's a shame that the judicial system, and especially the current U.S. Supreme Court, has tinkered so much with these words because the admonition is simple--there shall be no establishment of religion. The idea of 'accommodating' religion, which is the current rage with the judiciary, absolutely contradicts this clear and simple language and demeans our Constitution. "