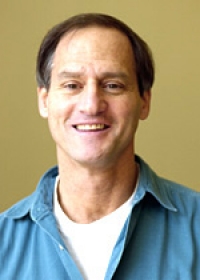 Dr. Newdow won the most significant state/church victory of 2002 when a 3-judge panel of the 9th Circuit Court of Appeals ruled in his favor on June 26, 2002, that the words "under God" in the Pledge of Allegiance are unconstitutional. His challenge of the amended Pledge of Allegiance in public schools dominated summer 2002 headlines and turned Congress upside down. His pledge challenge and other lawsuits against religious "sacred cows" in government continue.

Newdow went to medical school at UCLA 1974-1978, interning at Kings County Hospital Center in Brooklyn, NY. From 1980 onward, he worked as an emergency physician on a "locum tenens" basis ("I always 'filled in' when there was a shortage of ER docs.") Other occasional positions included work as a "Project USA" physician serving Native Americans at Indian Health Service facilities, and "episodically as a cruise physician." From 1985-1988, Dr. Newdow attended Law School at the University of Michigan. He continues to do ER work and to work on legal actions to protect the fundamental constitutional rights of religious freedom and of parenthood.