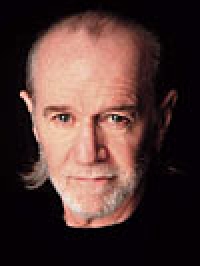 The salty, Grammy award-winning stand-up comedian has appeared in 11 HBO specials since 1977, often skewering religion. Typical quips: "When evolution is outlawed, only outlaws will evolve." "If churches want to play the game of politics, let them pay admission like everyone else." "I'm completely in favor of the separation of Church and State. My idea is that these two institutions screw us up enough on their own, so both of them together is certain death." Carlin inspired the Freedom From Religion Foundation's "Emperor Has No Clothes Award," honoring public figures who "tell it like it is" about religion, although his schedule did not permit acceptance in person.