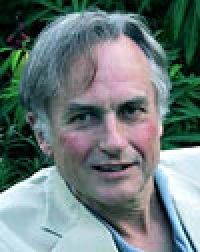 Distinguished British scientist, author and atheist Richard Dawkins, who was scheduled to accept an "Emperor Has No Clothes Award" on Sept. 22, 2001, at the Freedom From Religion Foundation convention, cancelled his appearance in light of travel difficulties after the Sept. 11 terrorist attacks against the United States.

He supplied an exclusive article, linked below, which was read at the Foundation convention in his stead by James Coors, a professor of Agronomy at the University of Wisconsin-Madison. Richard Dawkins is professor of the Public Understanding of Science, University of Oxford, and author of The Selfish Gene, The Blind Watchmaker and Unweaving the Rainbow.

The essay, "Time to Stand Up," was a follow-up to Dawkins' powerful article, "Religion's Misguided Missiles," appearing in The Guardian on September 15, 2001.