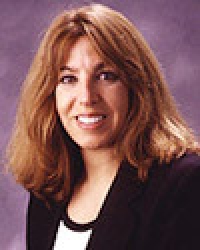 Several years ago the Freedom From Religion Foundation became aware of an editorial writer at the St. Petersburg Times in Florida who seemed to be on our wavelength. Her syndicated columns go after faith-based funding and other First Amendment violations and she writes with unusual knowledge and respect about the separation of church and state.

It wasn’t until August 8, 2004, that our office realized that she, like the members of our group, was a nontheist. Her column that day was headlined “I’m an atheist — so what?”

Newspaper columnists outing themselves as atheists fortunately do come along, but they are a rare commodity. We contacted Robyn and told her we have an award for public figures who identify themselves publicly as atheists or agnostics and that we would love to give her this statuette to thank her for her many wonderful columns promoting the First Amendment and reason.

Her bio reveals why Robyn writes such thoughtful pieces on these controversial subjects. After graduating from Cornell University in 1982, she attended and graduated from the New York University School of Law in 1985. While she worked as a labor negotiator for a branch of the New York City Transit Authority, she spent her evenings volunteering with the American Civil Liberty Union’s Reproductive Freedom Project in New York.

In 1987 she moved to Salt Lake City, Utah, to become executive director of the ACLU of Utah. It is perhaps not surprising that two years later she relocated to Florida to take over the organization’s offices there. In 1997 she left the ACLU to pursue a new career in newspapers. Her columns appear in newspapers across the land. She has appeared on "Good Morning America," CNN, NBC's "Dateline" and on many other TV and radio shows as an advocate of the Bill of Rights.

We thank Robyn for her “plain speaking” on religion and the First Amendment!