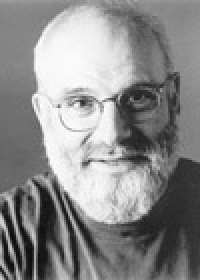 In his autobiography, Uncle Tungsten, Dr. Oliver Sacks recalls giving up religion when he was sent to boarding school:

“What evidence was there, I kept asking myself, for God’s existence? At Braefield, I determined on an experiment to resolve the matter decisively: I planted two rows of radishes side by side in the vegetable garden, and asked God to bless one or curse the one, whichever He wished, so that I might see a clear difference between them. The two rows of radishes came up identical, and this was proof for me that no God existed.”

“I came to hate Zionism and evangelism and politicking of every sort, which I regarded as noisy and intrusive and bullying. I longed for the quiet discourse, the rationality of science.”

In 1966, Dr. Sacks began working as a consulting neurologist for Beth Abraham Hospital in the Bronx, where he encountered an extraordinary group of patients who became the subjects of his second book, Awakenings (1973). The book later inspired a play by Harold Pinter (“A Kind of Alaska”) and the Oscar-nominated Hollywood movie, “Awakenings,” starring Robert De Niro and Robin Williams.

Dr. Sacks is best known for his 1985 collection of case histories from the far borderlands of neurological experience, The Man Who Mistook His Wife for a Hat, in which he describes patients struggling to live with conditions ranging from Tourette’s Syndrome to autism, Parkinsonism, musical hallucination, phantom limb syndrome, schizophrenia, retardation and Alzheimer’s disease.

As a physician and a writer, Oliver Sacks is concerned above all with the ways in which individuals survive and adapt to different neurological diseases and conditions, and what this experience can tell us about the human brain and mind. His books exploring these themes have been bestsellers around the world and are used widely in universities in courses on neuroscience, writing, ethics, philosophy and sociology.

His nine books, which also include Migraine (1970), A Leg to Stand On (1984), Seeing Voices: A Journey into the World of the Deaf (1990), An Anthropologist on Mars (1995), and The Island of the Colorblind (1996), have received numerous awards and have sold several million copies worldwide in 22 languages. His most recent books are Oaxaca Journal (2002) and Uncle Tungsten: Memories of a Chemical Boyhood (2001).

He is a regular contributor to The New Yorker and The New York Review of Books, as well as various medical journals. The New York Times has referred to Dr. Sacks as “the poet laureate of medicine,” and in 2002 he was awarded the Lewis Thomas Prize by Rockefeller University, which recognizes the scientist as poet.