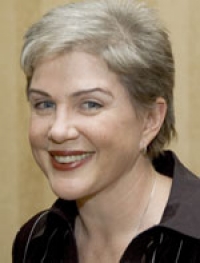 Did you know that Julia Sweeney came to Hollywood not as an actor but as an accountant?

Julia Sweeney is the oldest in a family of five children raised in Spokane, Wash. She put her interest in acting aside while she pursued her economic studies at the University of Washington.

Upon graduation, Julia headed south to Los Angeles to work as an accountant for Columbia Pictures. On a whim, she signed up for classes with the improvisational comedy troupe, The Groundlings.

She studied under Saturday Night Live cast member Phil Hartman and was discovered by SNL producer Lorne Michaels. She stayed on the show for four hit seasons.

Her unforgettable androgynous character, "Pat," spun a feature film, "It's Pat." Julia moved back back to Los Angeles. Within a matter of months, her brother was diagnosed with cancer, and so was she. Her experiences led her to write and star in "God Said, Ha!"

The play was released theatrically in 1998 by Miramax, produced by Quentin Tarantino, and earned the Golden Space Needle Award and the New York Film Festival audience award. Sweeney's recording earned her a Grammy nomination for best comedy album.

Julia has appeared on the big screen in Quentin Tarantino's blockbuster "Pulp Fiction." A veteran of live television, Julia was a series regular on "George & Leo" and she guest-starred on "3rd Rock from the Sun," "Hope and Gloria," and "Mad About You." She also served as a consultant on the hit HBO series Sex and the City, and you may have spotted her portraying a NUN with breast cancer on that show! (She has now joined that elite group of people who choose NONE of the above when it comes to religion.)

Annie Laurie and I had the pleasure of seeing Julia in her one-woman show, "In the Family Way" during its off-Broadway run, about the adoption of her daughter Mulan from China.

Her newest 1-woman show, "Letting Go of God," first opened in late 2004. Julia's show has gone off-Broadway, played in LA and she has toured with it but she has gone out of her way to take her show to freethinking venues. Talk about taking "Letting Go of God" to out of the way spots --we last saw her perform it in Iceland last summer, where she flew just in order to entertain all of us at a humanist/atheist conference there. Richard Dawkins saw it performed there, by the way, and plugs "Letting Go of God" in his new book The God Delusion.

Julia said to me in Iceland: "Dan, you've seen "Letting Go of God" four or fove times now. Aren't you getting tired of it?" Are you kidding? I said to Julia: "Do you get tired of hearing a Brahms symphony over and over, or Rhapsody in Blue?" )

It takes genius to synthesize and dissect religion as thoroughly as Julia will do tonight, and then make it funny!

There is no one who better epitomizes the spirit of the Freedom From Religion Foundation's "Emperor Has No Clothes Award" than Julia Sweeney.

This award, designed for us by the company that makes the Oscars, recognizes public figures who publicly dissent from religion. And nobody's been doing that better than Julia Sweeney with her one-woman show, "Letting Go of God."