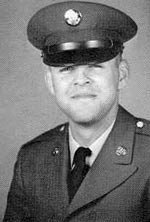 Philip Paulson was a Vietnam-era US military veteran, who served as a combat paratrooper, light-weapons infantryman and point man. He was an active member of the 173rd Airborne Brigade Association chapter, San Diego. Paulson v. City of San Diego is his 17-year federal challenge of the constitutionality of a 43-foot "Mt. Soledad Easter Cross," Mount Soledad Public Park, San Diego. A federal judge ruled in Paulson's favor on Dec. 3, 1991, and a California Superior Court judge also ruled in his favor on July 13, 2005. The City of San Diego and Congress have put up legal roadblocks in the remedy phase. Paulson had a journalism degree from the University of Wisconsin, and Masters degrees in Management of Information Systems and Public Administration. He taught undergraduate and graduate students computer information technology and electronic business courses in San Diego.

Phil, as both a vet and the indefatigable plaintiff in a 17-year-old state-church lawsuit in San Diego, was honored as the Foundation's first "Atheist in Foxhole" awardee at its 29th annual convention in San Francisco on Oct. 7, 2006. Phil had won a complicated lawsuit seeking to remove a huge cross from public land in San Diego, but Congress recently intervened to thwart removal, by declaring the cross a federal memorial.

The lawsuit is proceeding, with the addition of Foundation Board member Steve Trunk as a plaintiff. Steve introduced Phil, who was given two inscribed medals from FFRF, one to wear around his neck.