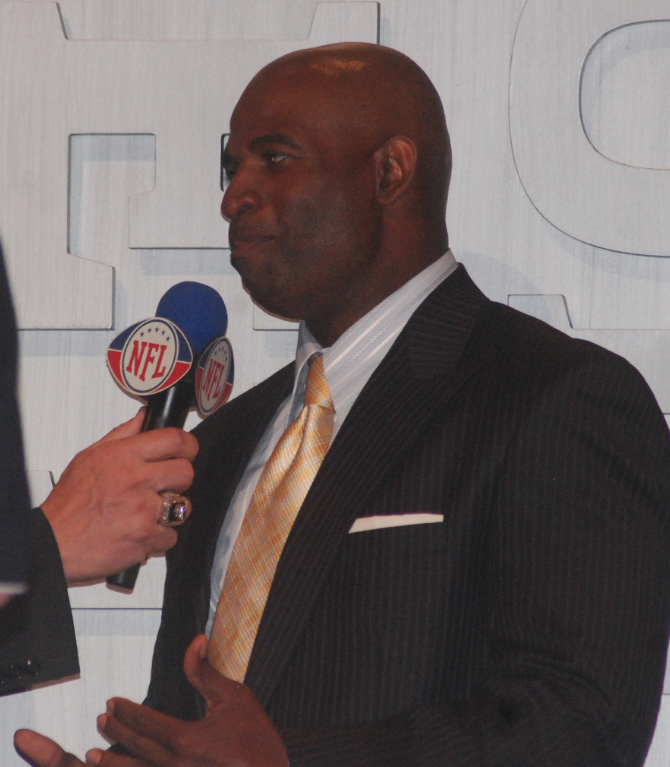 Sports legend Deion Sanders is misusing his new position as the University of Colorado football coach to foist Christianity on the program, asserts the Freedom From Religion Foundation.

It appears from these examples that Sanders includes prayer in all his team meetings and events, and likely prays regularly with the team. Sanders “praised and glorified God during an introductory press conference Dec. 4 commemorating his new head coaching gig with the University of Colorado,” as a Christian media outlet has gleefully reported. Sanders actually has a history of pushing religion onto his players. While he was coaching at Jackson State, he required his team to participate in a call and response prayer. He gathered all his players and told them:

The U.S. Supreme Court has continually struck down school-sponsored proselytizing in public schools, FFRF reminds the University of Colorado.

“In Mellen v. Bunting, the 4th U.S. Circuit Court of Appeals extended the scope of the aforementioned cases from primary and secondary schools to college-aged students when institutional circumstances create a coercive religious environment,” FFRF Attorney Chris Line writes to Chancellor Phil DiStefano. “The court found that mealtime prayer at a state military college (VMI) was an unconstitutional violation of the Establishment Clause given the coercive atmosphere.”

The University of Colorado’s authority over student athletes is similar to that of VMI in that much of the players’ conduct is closely monitored, directed and critiqued by coaching staff, FFRF emphasizes. Sanders’ team is full of young and impressionable student athletes who would not risk giving up their scholarship, giving up playing time, or losing a good recommendation from the coach by speaking out or voluntarily opting out of his unconstitutional religious activities — even if they strongly disagreed with his beliefs. That’s why Sanders’ use of his coaching position to promote Christianity amounts to religious coercion.

Plus, the University of Colorado should not lend its cachet to religion, since this amounts to a governmental advancement of religion that excludes the nearly 37 percent of Americans who are non-Christians, and the nearly one in three Americans who identifies as religiously unaffiliated. Sanders’ religious activities alienate and exclude a significant portion of its students and staff members.

“There is no doubting the sporting accomplishments of Deion Sanders,” says FFRF Co-President Annie Laurie Gaylor, “but that doesn’t give him the right to force his religion upon student athletes at a public university.”

The Freedom From Religion Foundation is a national nonprofit organization with over 39,000 members and several chapters across the country, including more than 1,200 members and two local chapters in Colorado. Our purposes are to protect the constitutional principle of separation between state and church, and to educate the public on matters relating to nontheism.