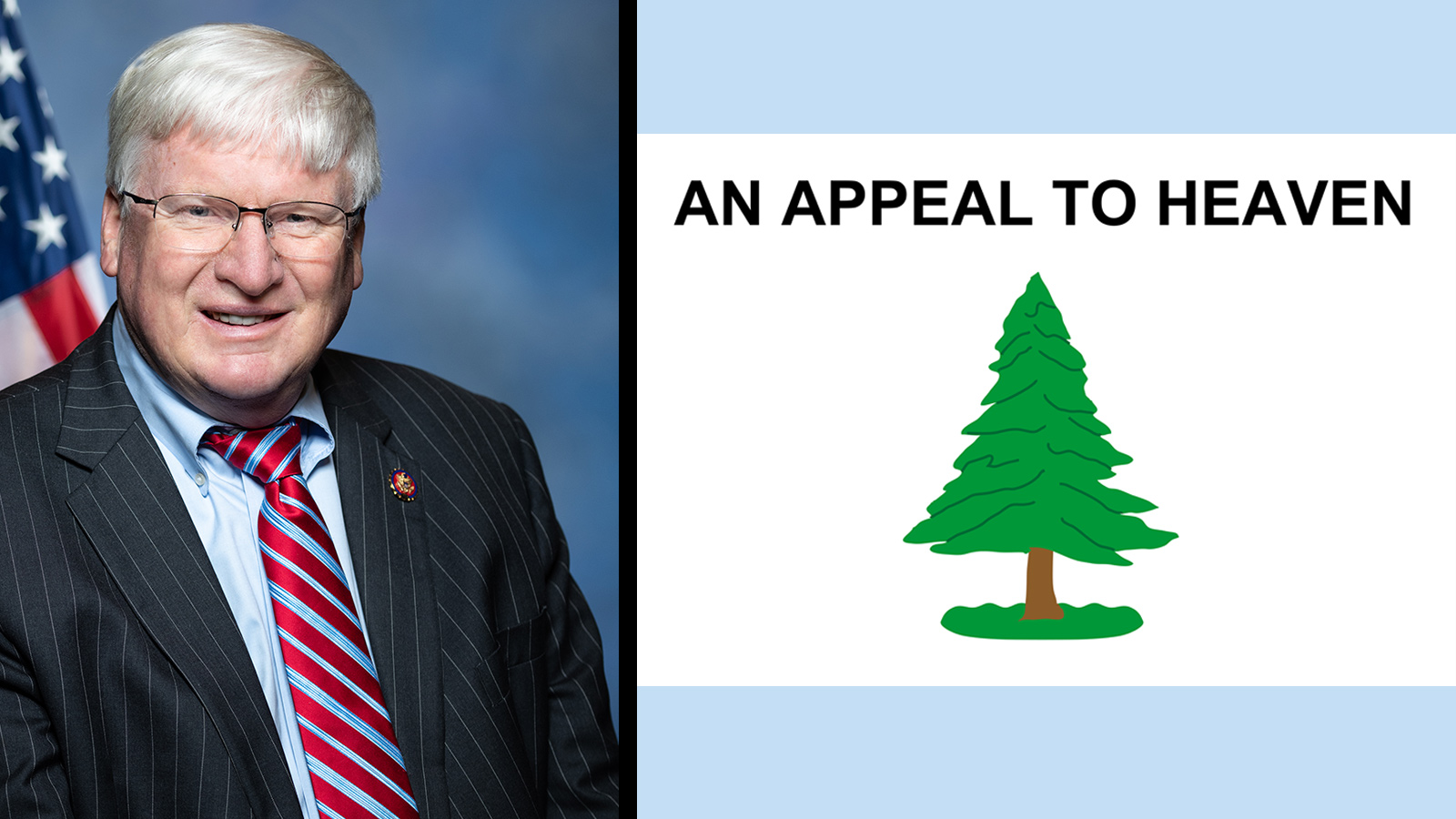 The Freedom From Religion Foundation is appealing to a home state member of Congress to get rid of a Christian nationalist flag associated with the Jan. 6 Capitol insurrection.

Rep. Glenn Grothman, R-Wis., has a flag reading “Appeal to Heaven” flying from the flagpole outside of his congressional office. As a member of Congress who took an oath to “support and defend the Constitution of the United States against all enemies, foreign and domestic,” Grothman has sworn to uphold a godless and entirely secular Constitution, stresses the national state/church watchdog.

The inherent religious significance of the “Appeal to Heaven'' flag is undeniable, FFRF points out. The “Appeal to Heaven” flag is associated with the Appeal to Heaven movement. Members of the Appeal to Heaven movement, in their own words, “honor the Lord by supporting candidates for public office who are believers in Jesus Christ, who regularly attend and display a commitment to an evangelical, Gospel-centered church and who will commit to live and govern based on biblical … principles.” The mission is clearly sectarian, and flying the flag is a tacit endorsement of evangelical Christianity. By placing this flag outside his office, Grothman is signaling that Christians of a certain ilk are “insiders” favored by him, and that non-Christians and nonbelievers among his constituents are “outsiders.”

And the flag has acquired highly troubling connotations in recent times.

“The ‘Appeal to Heaven’ flag was proudly carried by many rioters and insurrectionists during the Jan. 6 putsch,” FFRF Co-Presidents Dan Barker and Annie Laurie Gaylor write to Grothman. “FFRF, along with the Baptists Joint Committee for Religious Liberty, published a report detailing the link between Christian nationalism and the Jan. 6 insurrection. The report documents how members of the mob carried the ‘Appeal to Heaven’ flag as they marched to storm the Capitol.”

Thus, placing this flag in front of his office sends an unfortunate message to Grothman’s peers in Congress who, like him, were under siege on Jan. 6, that he seemingly supports those who sought to effect a coup to subvert the will of the people as well as the peaceful transfer of power. Plus, it sends an especially egregious and ungrateful message to the courageous Capitol police, five of whom died and dozens of whom were injured, while defending members of Congress.

“This symbol of white Christian nationalism and treason should not tarnish congressional property,” FFRF tells Grothman. It is evident that this flag cloaked the insurrectionists in a religious justification. The fact that Grothman is flying it outside his congressional office lends what FFRF calls “unconscionable legitimacy” to their actions.

The Freedom From Religion Foundation looks forward to Grothman removing the flag immediately and issuing a public apology to his constituents and the nation.

You can read the entire FFRF letter to Rep. Glenn Grothman here.

The Freedom From Religion Foundation is a national nonprofit educational association that works to protect the constitutional principle of separation between state and church and to educate the public about nontheism. Its Madison, Wis.-based organization represents more than 39,000 nonreligious members nationwide, with 1,600 Wisconsin members, including many who are Grothman’s constituents.