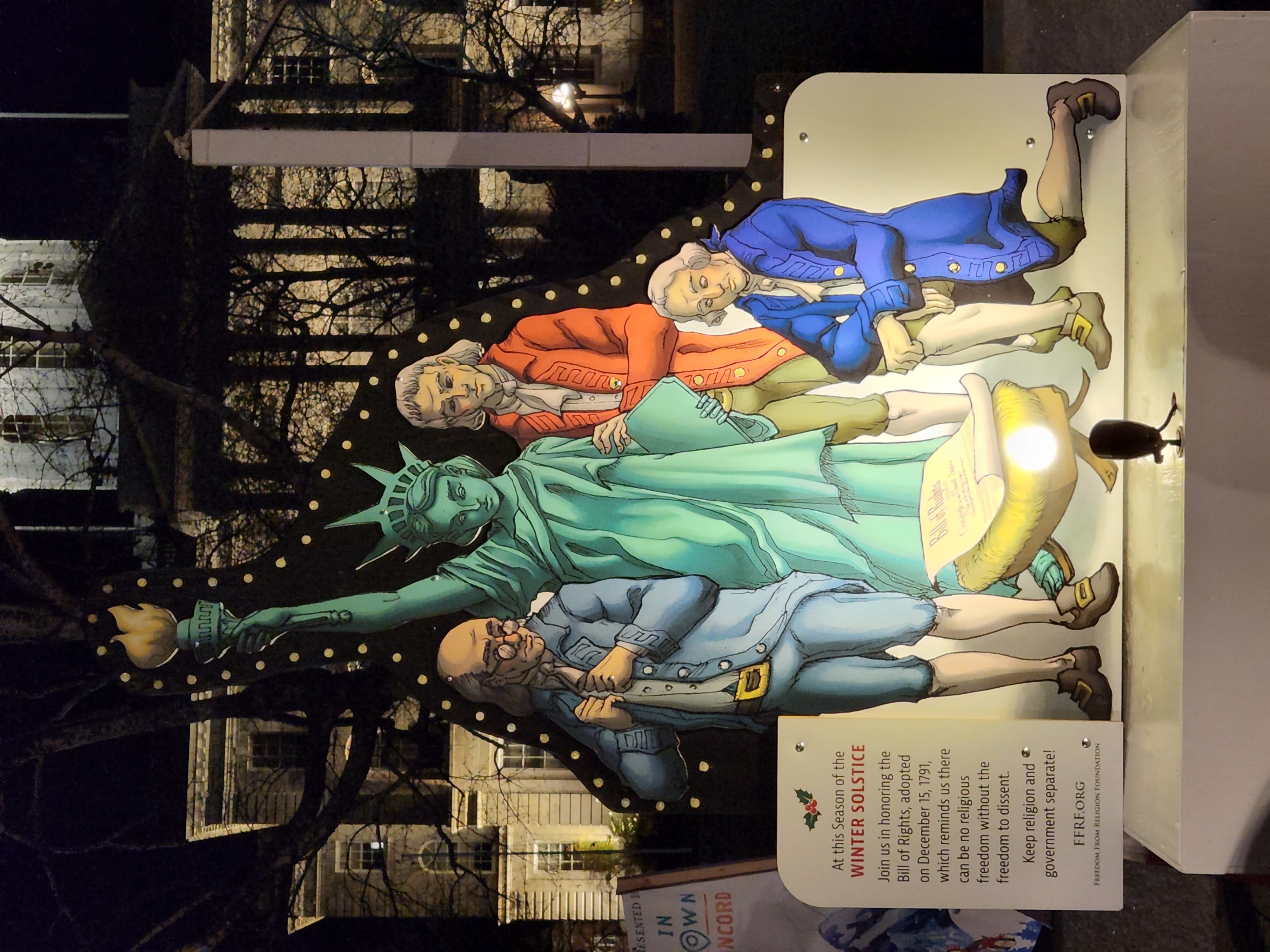 The Freedom From Religion Foundation’s secular winter solstice exhibit is ready for viewing at the New Hampshire Statehouse for the fifth year in a row.

FFRF members have erected a display honoring the Bill of Rights and our secular government. The exhibit features Founders Benjamin Franklin, Thomas Jefferson and George Washington, as well as the Statue of Liberty, gazing in adoration at a “baby” Bill of Rights in a manger.

The sign on the Bill of Rights nativity reads:

At this season of the winter solstice

Join us in honoring the Bill of Rights, adopted on December 15, 1791, which reminds us there can be no religious freedom without the freedom to dissent.

The state/church watchdog is proud to present the display to ensure secular representation alongside the religious depictions often found in public spaces Thanksgiving onward. The display also acts as a reminder of the foundation of our country, in which citizens are free from religious prosecution and enforcement.

FFRF extends thanks to member Jack Shields and other volunteers for their continued activism in organizing the display. It will be available for viewing until Dec. 31.

FFRF is a national nonprofit organization with more than 38,000 members across the country, including members in New Hampshire. FFRF’s purposes are to protect the constitutional principle of separation between church and state, and to educate the public on matters relating to nontheism.