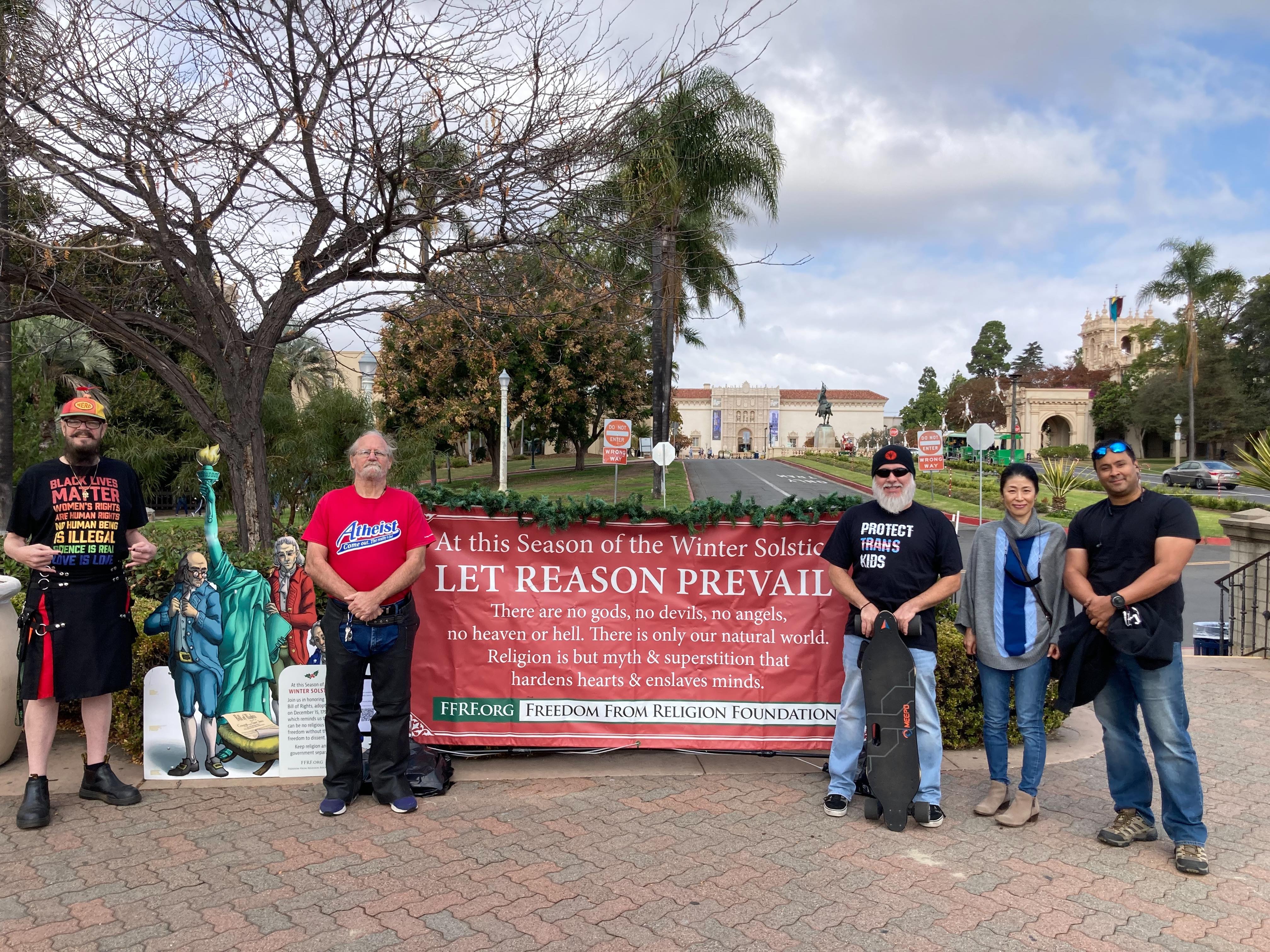 The Freedom From Religion Foundation’s secular sign is back in San Diego this season after suffering unconscionable vandalism during its last stint.

The display at Balboa Park features two parts. The first is a banner proclaiming “LET REASON PREVAIL” with wording by Anne Nicol Gaylor, FFRF’s principal founder. The second portion is the popular Bill of Rights “nativity” scene. The Bill of Rights display features various Founders plus the Statue of Liberty gazing adoringly at a manger containing the Bill of Rights, next to a sign reading, “At this season of the Winter Solstice, join us in honoring the Bill of Rights, adopted on December 15, 1791, which reminds us that there can be no religious freedom without the freedom to dissent.”

Early this year during the display’s last season, it was vandalized, with a slash through the word “Reason” on the banner, and Lady Liberty beheaded. The display maintains the damage and also includes a QR code that visitors can scan to receive more information about the vandalism. Individuals may choose to donate to the “resurrection fund” to help replace damaged or defaced property via ffrf.org/donate.

FFRF thanks volunteer and member Katie D., who asks to be identified without her full name, for her work in spreading the secular message.

“Such a visceral reaction toward our exhibit will not deter us,” FFRF Co-President Annie Laurie Gaylor says. “We’ll continue to honor the Bill of Rights and give public voice to the freethinking perspective in California.”

The display will be up until Jan. 3.

The Freedom From Religion Foundation is a national nonprofit organization with more than 38,000 members and several chapters across the country, including nearly 5,000 members and a chapter in California. Its purposes are to protect the constitutional principle of separation between state and church, and to educate the public on matters relating to nontheism.