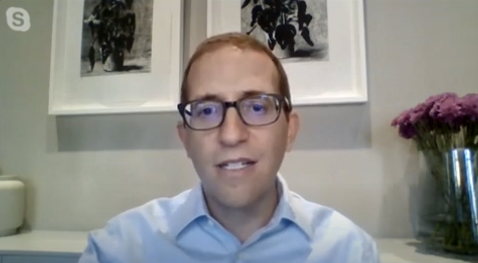 An ACLU official in charge of the group’s efforts on state/church separation is the guest on the Freedom From Religion Foundation’s “Freethought Matters” TV show this Sunday.

Daniel Mach is the director of the ACLU Program on Freedom of Religion and Belief. He leads a wide range of religious liberty litigation, advocacy and public education efforts nationwide, and often writes, teaches and speaks publicly on religious freedom issues. Mach currently serves as an adjunct professor of law at the George Washington University Law School, focusing on constitutional law and religious liberty. At FFRF’s recent convention in San Antonio, he accepted on behalf of the ACLU FFRF’s Henry Zumach Freedom From Religious Fundamentalism Award of $35,000.

“It used to be the case for much of the court's history, at least over the last half century, that the Supreme Court was concerned about forced taxpayer funding of religion,” Mach tells “Freethought Matters” co-hosts Dan Barker and Annie Laurie Gaylor. “And this is something that the Supreme Court rightly tied to a concern of the Founders of our nation, who were also deeply troubled at the idea that taxpayers could be forced to support religious beliefs to which they do not subscribe. Now, we are doing the opposite. At least the conservatives on the Supreme Court are not only accepting as permissible that kind of funding, but telling the government and taxpayers that you can fund religion.”