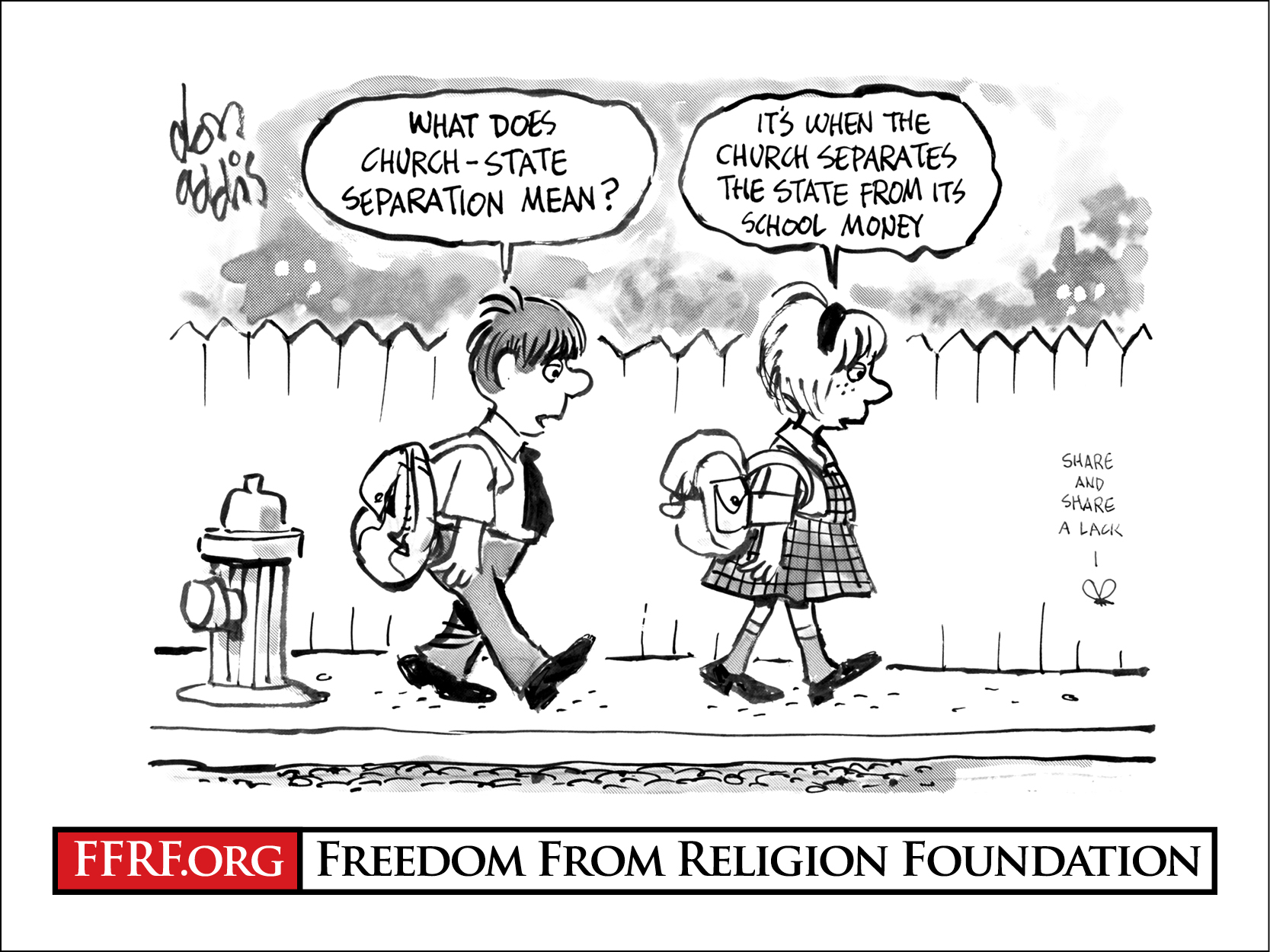 An Alabama school district must call off an annual staff meeting scheduled for later this week that in past years has been suffused with religion, insists the Freedom From Religion Foundation.

A concerned Calhoun County School District employee has informed the state/church watchdog that the district holds each year a mandatory meeting called “system institute” where a pastor preaches to staff members and leads staff members in prayer. This year’s institute is scheduled for Friday, Aug. 5, at Lighthouse Church. The event is described as an “inspirational feel-good meeting to lift your spirits” but in practice, it is a mandatory religious event for all district staff members.

The district employee indicated that this event shouldn’t be required because it has no educational value, and it coerces prayer and religious assimilation on employees who risk being ostracized and possibly fired for refusing to participate.

“We ask that the district cease holding religious events for its staff members that include preaching and prayer and ensure that all school-sponsored events are held in secular venues to avoid violating the constitutional rights of its employees,” Staff Attorney Chris Line writes to Interim Superintendent Jose Reyes. “The upcoming ‘system institute’ should be canceled.”

District employees have the right to their own religious or nonreligious views and by requiring employees to attend mandatory church events that include prayers and proselytizing, the Calhoun County School District is coercing its staff members to observe religious practices in violation of their constitutional right, FFRF emphasizes.

“The Supreme Court has continually struck down prayers at school-sponsored events,” FFRF adds. “School officials may not invite a staff member or clergy member to preach or give any type of prayer, invocation or benediction at a public school event.”

Plus, the use of churches for public school programming is inappropriate and unconstitutional, since it is well settled that public schools may not show favoritism towards or coerce belief or participation in religion.

“Imposing prayer on a captive audience of public school employees is both unconstitutional and unethical,” comments FFRF Co-President Annie Laurie Gaylor. “The school district must protect the rights of conscience of staff members by upholding nearly 75 years of Supreme Court precedent against divisive religion in our public schools.”

​​FFRF is a national nonprofit organization with more than 37,000 members across the country, including hundreds of members in Alabama. Our purposes are to protect the constitutional principle of separation between state and church, and to educate the public on matters relating to nontheism.