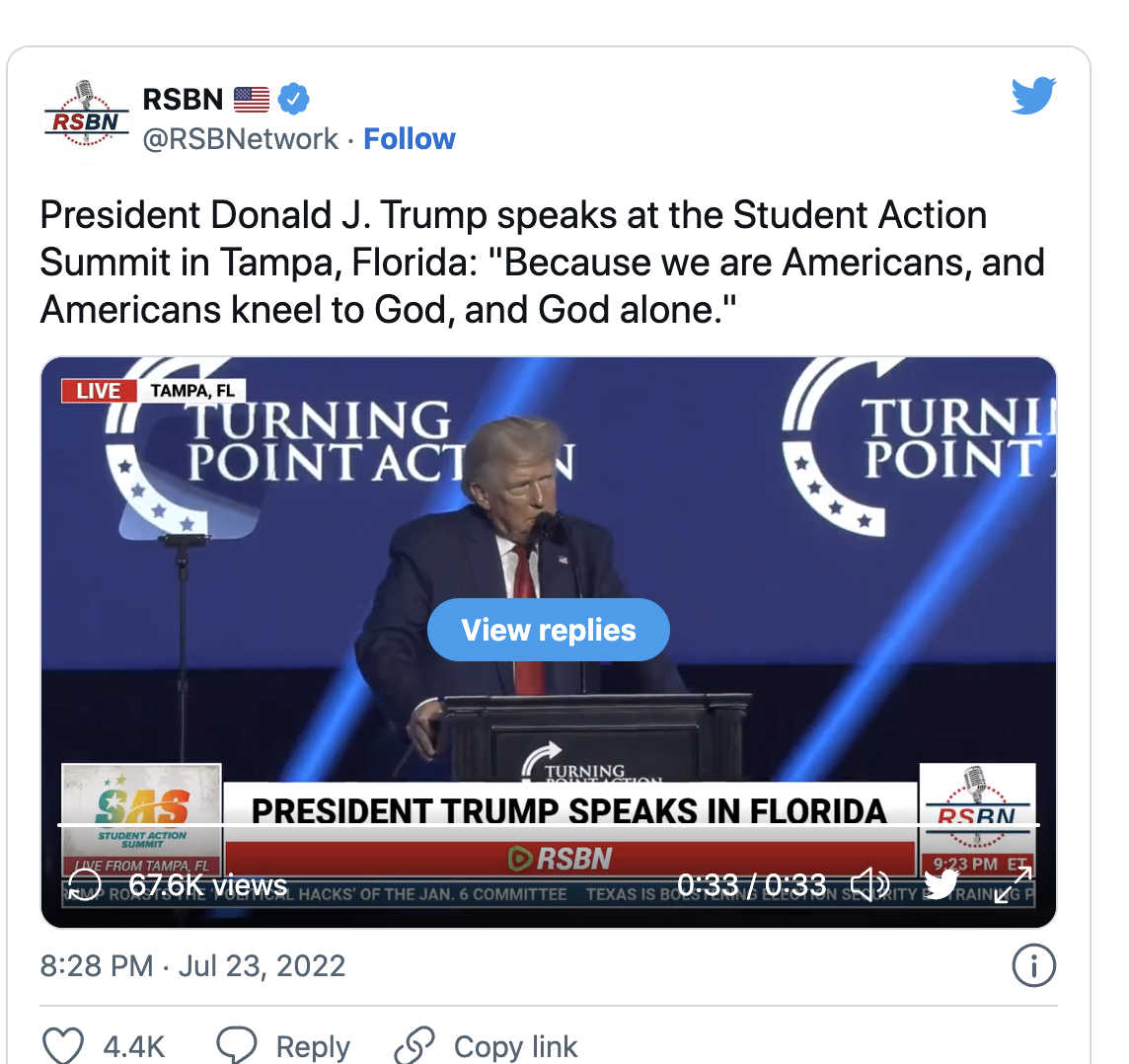 The Freedom From Religion Foundation takes strong exception to Donald Trump’s remarks today at an extremist gathering, in which he said, “We are Americans, and Americans kneel to God — and God alone.”

Our knees do not bend to a deity.

“This is such an ironic comment,” says FFRF Co-President Dan Barker, “because America is a proudly rebellious nation that fought a revolutionary war kicking out the tyrant. We don’t kneel before a sovereign master, king, lord, god.”

In fact, tyrants often pretend deities are on their sides. Trump is repeating what tyrants and warmongers often say, which is that “God is on our side.” Hitler infamously inscribed “Gott Mit Uns” on the buckles of soldiers’ uniforms in Nazi Germany.

FFRF reminds Trump and his followers that the United States was first among nations to separate religion from government and to adopt an entirely godless and secular Constitution whose only references to religion are exclusionary, such as that there shall be no religious test for public office. There certainly can be no religious test for living in the United States.

In America, citizens are free to believe as they like or to reject belief. Christians or believers are not preferred citizens and America is not a Christian nation. Our secular form of government is our greatest strength.

But, as Bob Dylan famously wrote in “With God on Our Side”: “And you never ask questions/ When God’s on your side.”

Samuel Johnson got it wrong when he said, “Patriotism is the last refuge of a scoundrel.” He should have said public piety is.