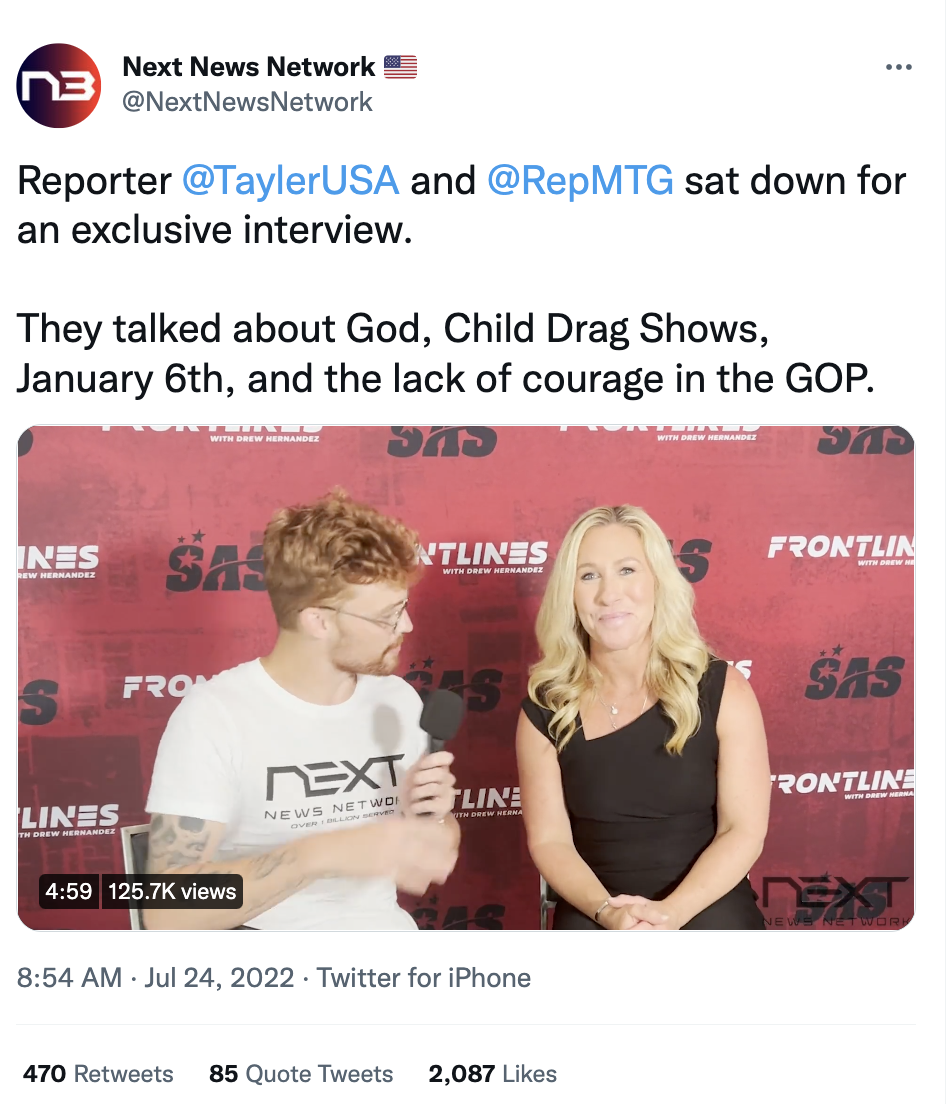 It’s time for the Republican leadership to denounce Rep. Marjorie Taylor Greene’s un-American call to turn the GOP into a “Christian nationalist” party, says the Freedom From Religion Foundation.

“Where are such denunciations?” asks Annie Laurie Gaylor, FFRF co-president. “It is appalling that it’s not just fringe groups but members of Congress who are openly calling for a Christian government — the antithesis of America’s godless Constitution, whose First Amendment treats Americans of every faith and no religion as equal citizens.”

Greene told the Next News Network while at a Turning Point USA Student Action Summit in Florida on July 23: “We need to be the party of nationalism, and I’m a Christian. And I say it proudly, we should be Christian nationalists.”

In other words, Greene is calling for nonbelievers and non-Christians to live under Christian doctrine and dogma because she thinks that “serves everyone.”

The Freedom From Religion Foundation last month sent a letter rebuking Greene over previous Christian nationalist statements. As FFRF told Greene, she is conflating the term “nationalism” with patriotism.

“Loving your country is not nationalism,” FFRF Co-Presidents Dan Barker and Annie Laurie Gaylor wrote to Greene. “Nationalism is what led Europe into centuries of endless wars over imagined borders and notions of national superiority.”

Barker and Gaylor also schooled Greene in the obvious facts of secular government in the United States and informed her: “Your endorsement of Christian nationalism is a betrayal of your oath of office to the U.S. Constitution.”

Unfortunately, another member of Congress has also revealed a similar mindset. Rep. Lauren Boebert gave a speech at a Christian center in her home state of Colorado complaining she was “tired of this separation of church and state junk.” She claimed that “the church is supposed to direct the government.” Laudably, Rep. Adam Kinzinger, a lame duck from Boebert’s party, compared her view to that of the Taliban. “There is no difference between this and the Taliban, We must [oppose] the Christian Taliban. I say this as a Christian.”

FFRF has chastised Boebert’s “dangerous and ignorant endorsement of religion in government” in a formal letter to her, saying “America’s secular government is what makes it America.”

Greene and Boebert are excluding an ever-larger portion of the population with their Christian nationalist vision.