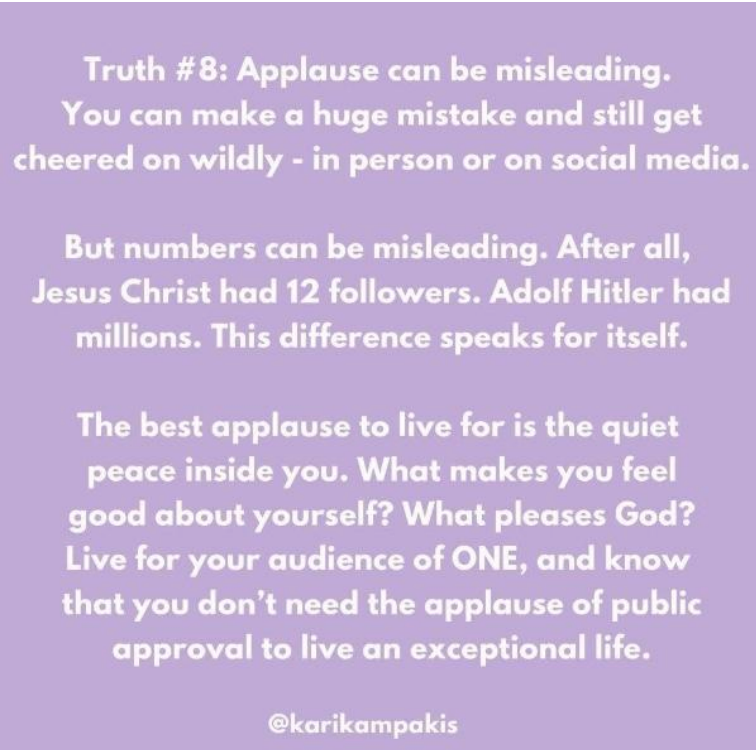 Stop preaching on your official social media, the Freedom From Religion Foundation is telling a Jefferson County (Ala.) middle school.

A concerned local resident contacted the national state/church watchdog regarding Bragg Middle School’s promotion of Christianity on its official website. The “Life-Changing Truths for Middle Schoolers” portion of the school’s website contains tips for young students, some of which are interwoven with overtly Christian messages:

Yes, you’re called to love everyone, but not everyone deserves a place in your innermost circle.

But if you base your identity on what you’ll never lose — God’s love — your foundation is unshakable. You’ll still be standing even if you lose every earthly trapping.

But numbers can be misleading. After all, Jesus Christ had 12 followers. Adolf Hitler had millions.

What makes you feel good about yourself? What pleases God? Live for your audience of ONE, and know that you don’t need the applause of public approval to live an exceptional life.

It is FFRF’s understanding that the district is currently reviewing its policies in light of the recent Supreme Court decision, Kennedy v. Bremerton School District. Superintendent Walter Gonsoulin indicated in a recent statement that the Supreme Court decision will be studied as it relates to practices at high school football games and that the district’s “legal team is currently reviewing the ruling to understand its full scope.”

FFRF notes that the Bremerton decision simply affirms that school officials may pray privately during times when they are not acting in their official capacity as district representatives. They cannot lead coercive team prayers, and the district cannot require those in attendance at football games to participate in religious practice by holding public prayers broadcast over the loudspeaker, FFRF emphasizes to the school district.

“The Bremerton decision has not radically changed, and arguably has not changed at all, the law regarding what school districts can or cannot do at high school football games,” FFRF Staff Attorney Chris Line writes to the counsel for Jefferson County School District. “It certainly has not opened the door for public school officials to coerce students into participating in religious practices like public prayer.”

The Freedom From Religion Foundation is a national nonprofit organization with more than 37,000 members across the country, including hundreds of members in Alabama. Its purpose is to protect the constitutional principle of separation between state and church.