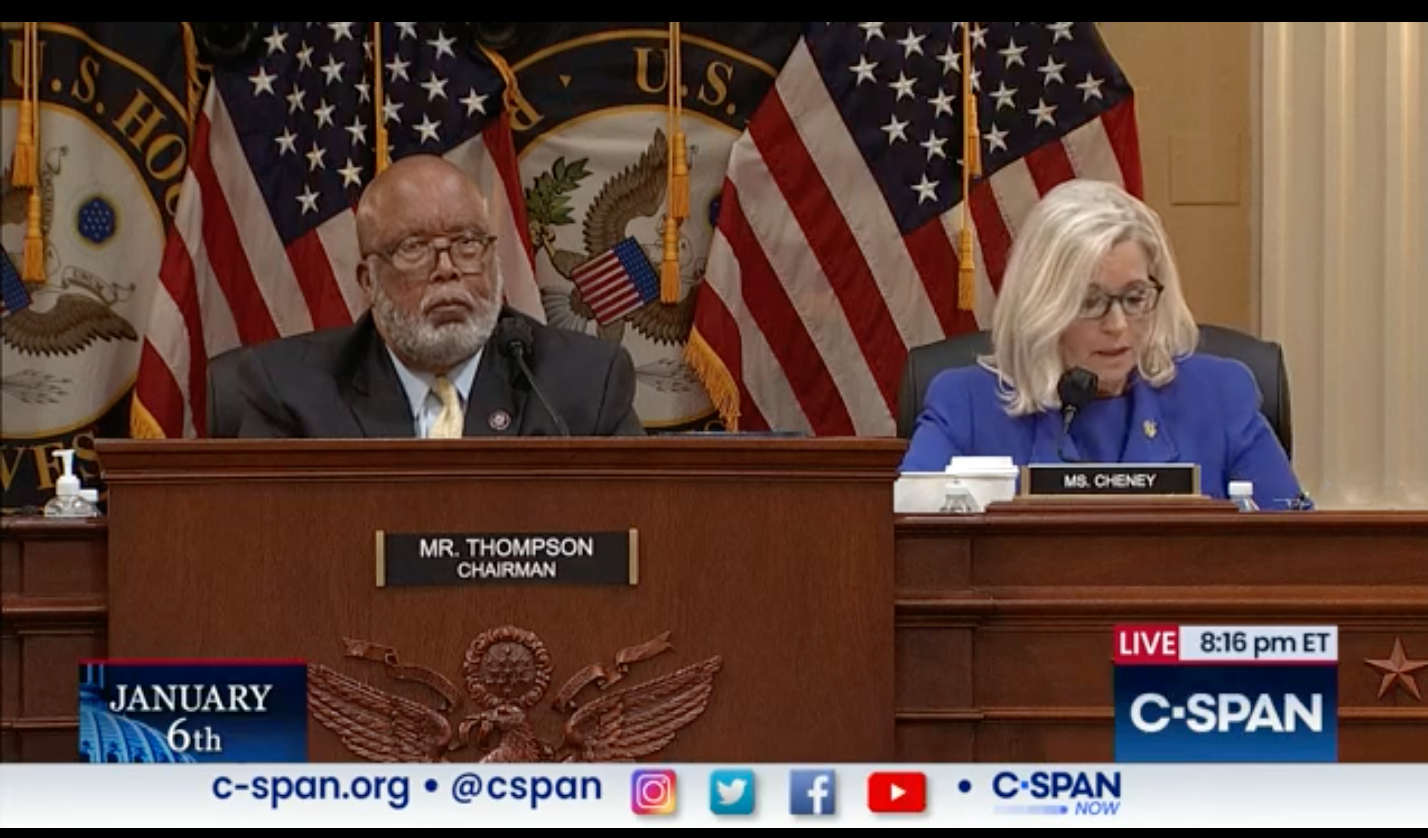 A national association of freethinkers (atheists and agnostics) is asking the House committee investigating the attack on the U.S. Capitol to grant witnesses the option of making a secular affirmation when they’re being sworn in to testify.

The Freedom From Religion Foundation, a state/church watchdog, has heard concerns about the religious oaths from many of its members across the nation. The apparent decision to automatically present witnesses with a religious oath has seemed incongruous, particularly given the committee’s investigation into an event that involved significant participation by white Christian nationalists. The committee is apparently assuming that all witnesses are religious or prefer a religious oath.

“We would prefer to see the government instead uniformly offer witnesses a secular affirmation, which is offensive to no one and does not require a religious or nonreligious minority to publicly out themselves as unorthodox,” FFRF Co-Presidents Dan Barker and Annie Laurie Gaylor write to Jan. 6 Select Committee Chair Rep. Bennie Thompson. “Minimally, we ask that you give witnesses a choice, instead of (apparently) assuming they are all religious. The current practice sends an unfortunate (and probably inadvertent) message to the American public that the committee believes a pledge to a deity is required to ascertain truthfulness, e.g., that nonreligious individuals are not as trustworthy or truthful as religious witnesses.”

Providing a secular oath or at least acknowledging a secular option for a witness upholds the fundamental American principle of keeping religion and government separate, FFRF emphasizes. The desire of the Framers to honor freedom of conscience is evidenced in the U.S. Constitution’s prescribed presidential oath of office, which begins with the language “I do solemnly swear (or affirm),” and does not close with “so help me God.” (This add-on at presidential swearing-in ceremonies did not become common until the 20th century.)

Article VI of the U.S. Constitution also prohibits any religious test for “any office or public trust.” Requiring witnesses to swear a religious oath excludes those who do not believe in a deity, effectively amounting to a de facto religious test. The Establishment Clause of the First Amendment prohibits the government from taking a position on matters of religion, which demands a secular option to any sworn testimony.

Plus, there is a jarring irony in the unwarranted religious oath because the major driving ideology behind the Jan. 6 attack — thus far not mentioned during the hearings — is white Christian nationalism. FFRF and the Baptist Joint Committee published a comprehensive report on white Christian nationalism’s role in the Jan. 6 insurrection documenting a religiously motivated ideology that functioned as an adhesive force of otherwise disparate groups of insurrectionists, and as a permission structure that justified assaulting the Capitol and jeopardizing American democracy itself.

“Nonreligious Americans are the fastest growing segment of the U.S. population by religious identification — three-in-10 adult Americans (29 percent) now identify as religiously unaffiliated,” the letter concludes. “We respectfully encourage the Select Committee to take the rare opportunity—with our nation watching the hearings — to demonstrate that all citizens can participate equally in governmental proceedings without professing belief in a deity, or making known their dissent.”

Read FFRF’s letter to the Committee

The Freedom From Religion Foundation is a national educational nonprofit association with more than 36,000 members across the country and has members in all 50 states, the District of Columbia and Puerto Rico. FFRF’s purposes are to protect the constitutional separation between state and church and educate about nontheism.