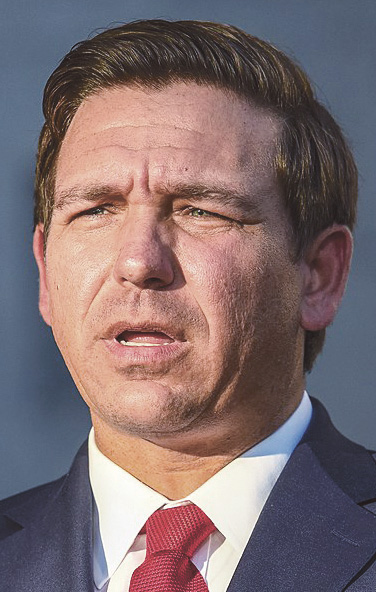 The Freedom From Religion Foundation is denouncing remarks by Florida Gov. Ron DeSantis that imply people who lack a “religious foundation” are prone to criminal violence. The state/church watchdog, which represents more than 36,000 members, including 1,800 in Florida, has asked DeSantis to retract his misleading comments and apologize to his nonreligious constituents.

DeSantis’ comments unjustly paint the nonreligious in a deeply unfavorable light, FFRF contends. Scientific studies have shown that societies and states with less religion have less violence, as Secular Studies Professor Phil Zuckerman has documented. Nations and states that tend to be among the most religious have the highest rates of violent crime and murder.

FFRF points this out in a letter to DeSantis protesting his observations, also noting that he was elected governor, not Florida Pastor in Chief.

“There is apparently no evidence that this particular suspect was in any way motivated by a lack of religion, or even whether he is nonreligious at all,” FFRF Co-Presidents Annie Laurie Gaylor and Dan Barker write. “It is vital that politicians, such as yourself, are aware of facts and statistics before confusing your opinions with the truth.”

DeSantis’ statements implying that a “relationship with God” ensures individuals will not commit violence are especially ironic in the midst of the House hearings on the Jan. 6, 2021, Capitol attack. A widely seen video clip released last week ended with a Trump 2020 sign next to the Christian flag, which was flown by many during the putsch, where Jesus signs, crosses and other religious symbols were prominent.

DeSantis needs to withdraw his groundless comments. And he owes his nonreligious constituents an apology.

The Freedom From Religion Foundation is a national nonprofit organization with more than 36,000 largely nonreligious members and several chapters across the country, including over 1,800 members in Florida and a chapter, the Central Florida Freethought Community, there. FFRF protects the constitutional separation between state and church and educates about nontheism.