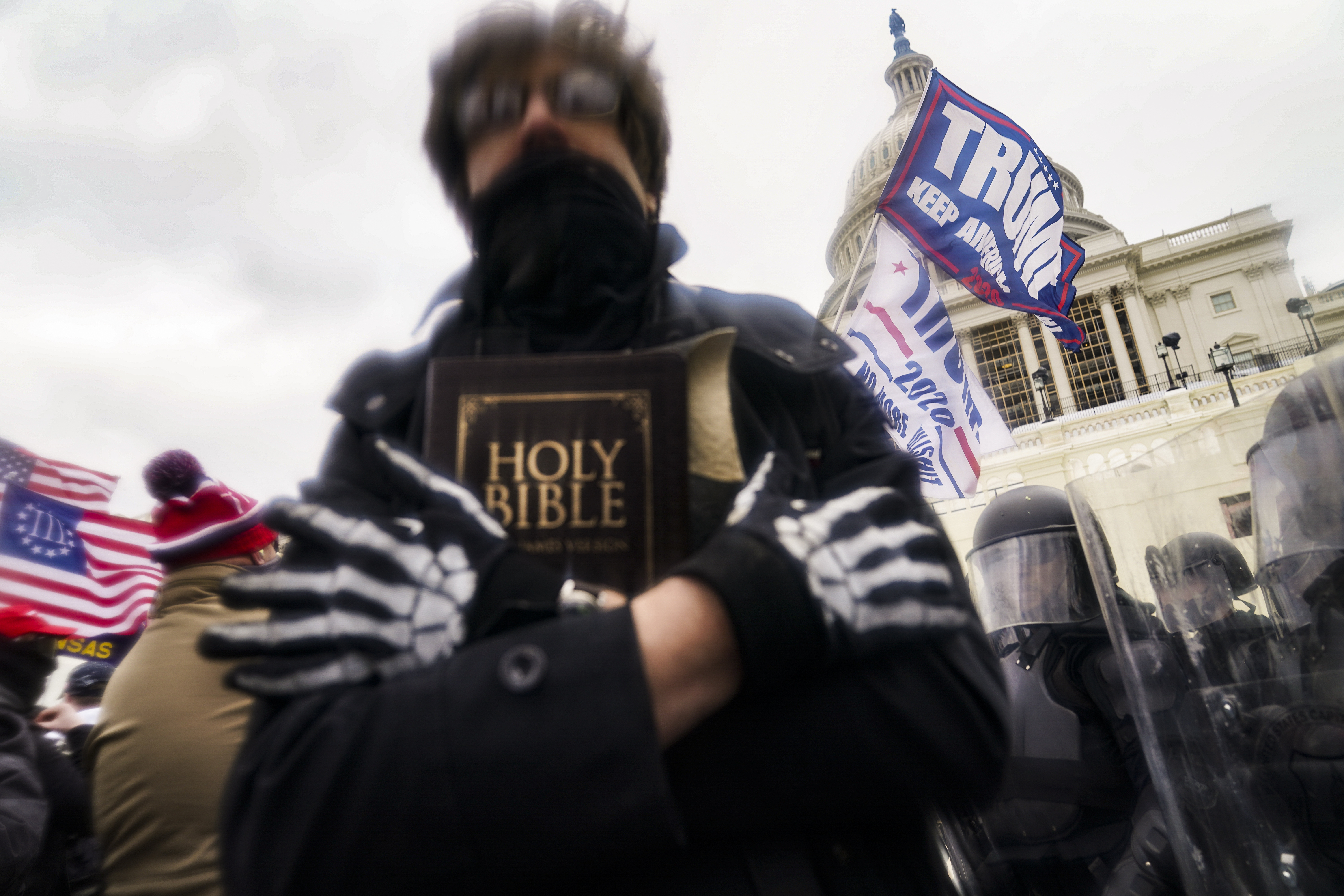 A recent thwarted Patriot Front plot to violently disrupt an LGBTQ pride event in Idaho is proof that white Christian nationalism remains a threat to our nation and shows why its role in the Jan. 6 insurrection should be part of the House hearings.

The Freedom From Religion Foundation and the Baptist Joint Committee for Religious Liberty issued a major report in February documenting clear evidence of the white Christian nationalist roots of the Capitol attack.

FFRF and the Baptist Joint Committee’s report, “Christian Nationalism and the January 6, 2021 Insurrection,” provides a brief history of white Christian nationalism in the United States. Contributing author and journalist Katherine Stewart unmasks the networks of power and money that prop up the ideology. Baptist Joint Committee President Amanda Tyler, also head of Christians Against Christian Nationalism, refutes the idea that Christianity unites Americans under a national identity. Professor Anthea Butler explains that white Christian nationalism is the belief that America’s founding is based on Christian principles, that white Protestant Christianity is the operational religion of the land, and that Christianity should be the nation’s legal foundation.

When the report was released, FFRF Co-President Annie Laurie Gaylor noted, “There seems to be a reluctance among many in the media to acknowledge the huge part that Christian nationalism played in the events of Jan. 6.” She adds: “We are concerned, as compelling and thorough as the Jan. 6 hearings are, that the Christian nationalist role not be ignored by the House committee. This movement nearly produced a coup, and it remains a threat  to America’s democracy and future.”

The Freedom From Religion Foundation is a national nonprofit organization with 36,000 members and several chapters across the country. Its purposes are to protect the constitutional separation between state and church, and to educate the public on matters relating to nontheism.