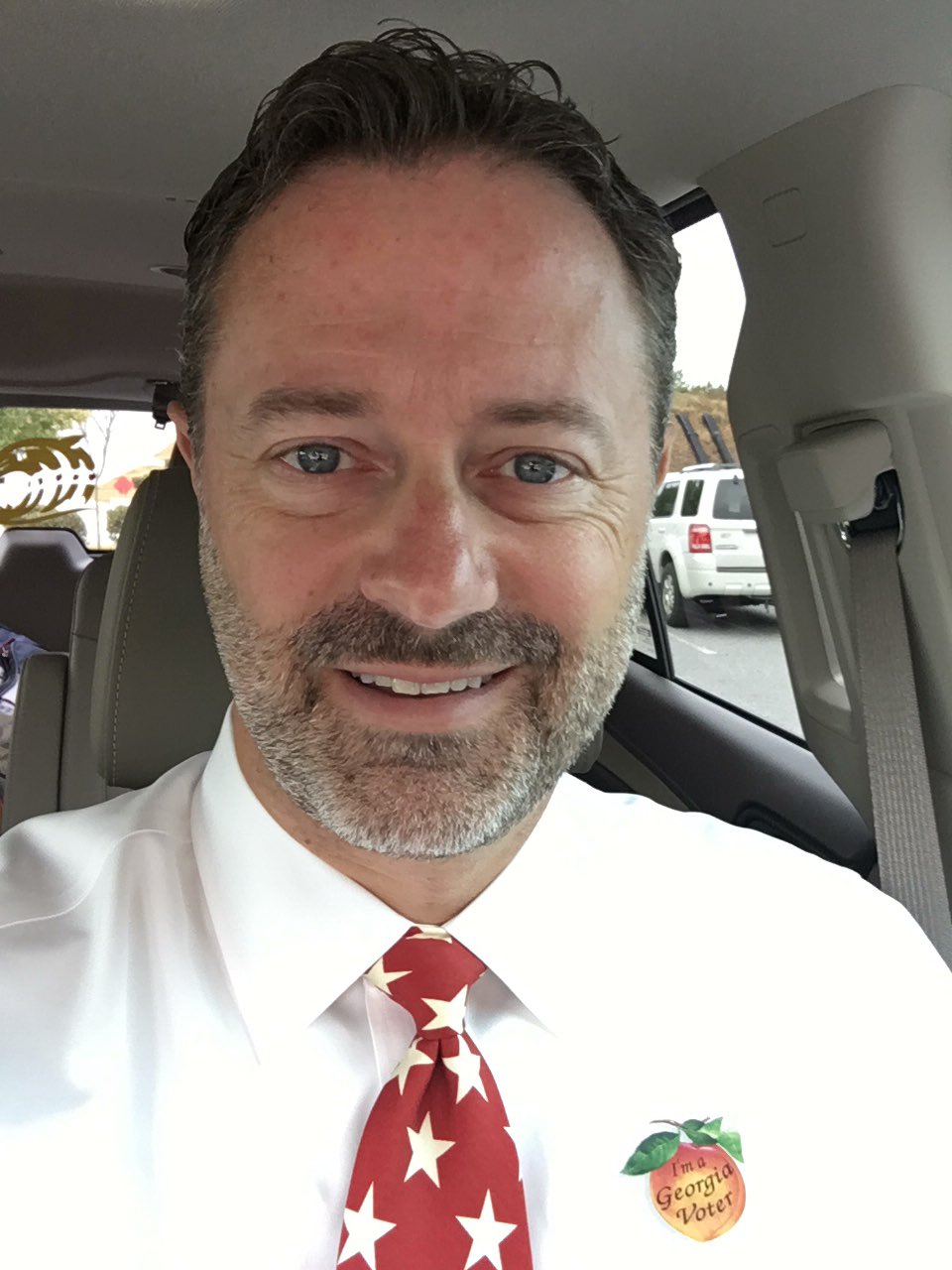 A Georgia school district must immediately act in response to its constitutionally wayward superintendent, the Freedom From Religion Foundation is urging.

Example number one, what I can say. I often tell students if they are looking for the answers to all of life’s questions, the bible is a great place to start. What I cannot say is that the bible is not just a book. It’s 66 books written by 40 writers over 1,500 years, historically accurate in that it predicted the birth, crucifixion, death, and resurrection of Jesus Christ. It does not simply contain the truth, it is the truth! The unwavering, inspired word of God. There is no comparable book. But just to reiterate, I cannot say that.

Example number two. What I can say: Dealing with Covid has been difficult, but we have been very blessed to be shown grace as we navigated uncharted territory. What I cannot say: It was only by the grace of God that we made it through the pandemic, continuing to serve children in the way we’ve never seen before. I pray daily for grace and mercy for each person involved. Throughout the storm, I never doubted that I am victorious. I am blessed every day I arise. I am accepted just as I am. I am loved unconditionally. I am never forsaken. I am free, richly blessed, deeply loved, highly favored, and amazingly graced. That ladies and gentlemen, you will never hear at a public school graduation.

Gibbs then went on to belittle the district’s transgender students:

I am at the point that I don’t care what gender you want to be. Just don’t expect me to guess your pronouns. I am obviously a little out of the loop because I recently found out that a group of kids now identify as cats. I am not joking. What are we supposed to do with that?

FFRF’s complainant reports that students felt their happy graduation was “destroyed” by Gibbs’ proselytizing and his disparaging remarks. Gibbs is retiring, and that is why he felt he could get away with disrespecting and violating the constitutional rights of students, parents and community members. However, the district must take immediate action to remedy this situation, FFRF is insisting.

It is a fundamental principle of Establishment Clause jurisprudence that a public school may not advance, prefer or promote religion, FFRF reminds the school district. Public schools must remain neutral with regard to religion.

“Public schools have a duty to ensure that ‘subsidized teachers do not inculcate religion’ or use their positions of authority to promote a particular religious viewpoint,” FFRF Staff Attorney Chris Line writes to the legal counsel for Dawson County Schools, quoting the Supreme Court.  “The Supreme Court has recognized that ‘[f]amilies entrust public schools with the education of their children, but condition their trust on the understanding that the classroom will not purposely be used to advance religious views that may conflict with the private beliefs of the student and his or her family.’ The same is true of district administrators.”

By promoting his personal religious beliefs at graduation, Gibbs abridges that duty on behalf of the district, FFRF emphasizes. And Gibbs’ egregious endorsement of Christianity on behalf of the district turns any nonbelieving student, staff member, parent or community member into an outsider. Nonreligious Americans make up the fastest growing segment of the U.S. population by religious identification — 37 percent of Americans are non-Christians, and this includes the nearly one in three Americans who now identify as religiously unaffiliated.

It is particularly alarming that as a district administrator, Gibbs is tasked with ensuring constitutional compliance in the district but instead he has used his position as a district administrator to promote his religion knowingly in violation of the law, FFRF underscores. Dawson County Schools needs to take immediate action. For instance, the district must ensure its entire staff is trained regarding their responsibilities under the Establishment Clause.

“This is an absolutely outrageous in-your-face constitutional violation,” says FFRF Co-President Dan Barker. “Students of the school district deserve better than this.”

You can read the FFRF letter to Dawson County Schools in its entirety here.

The Freedom From Religion Foundation is a nationwide nonprofit organization dedicated to the separation of state and church, with over 36,000 nonreligious members and several chapters across the country, including more than 500 members and an Atlanta-area chapter in Georgia.