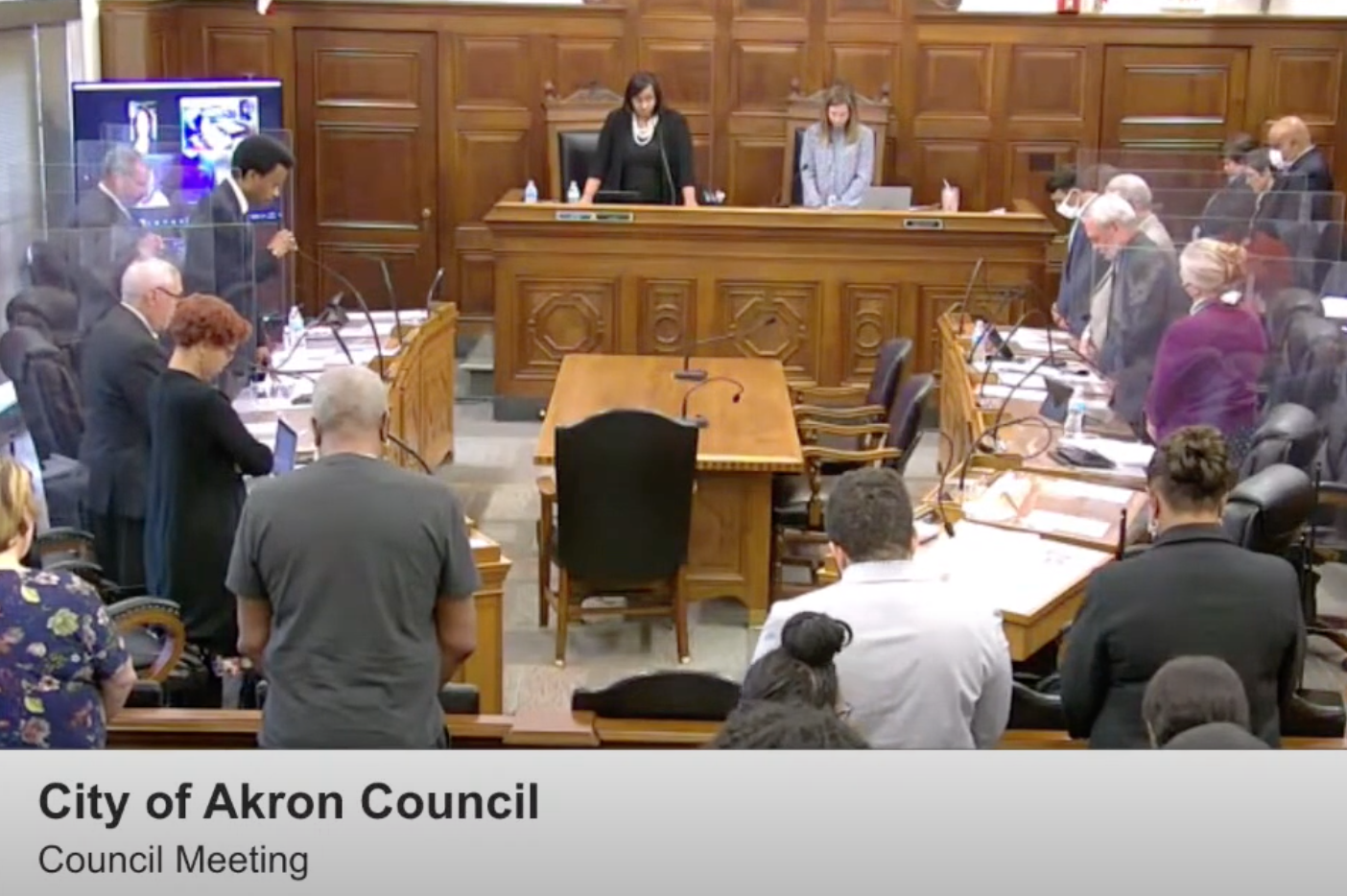 The Freedom from Religion Foundation is urging the Akron City Council to focus on civic matters and leave religion out of its proceedings.

“Prayer at government meetings is unnecessary, inappropriate and divisive,” FFRF Legal Fellow Karen Heineman writes to Akron City Council President Margo Sommerville. “The best solution to respect the diversity of Akron’s citizenry and to provide a welcoming environment is to discontinue invocations.”

Inviting other faith leaders to deliver prayers does not fix the wrong because prayer is a religious practice, which excludes all nonreligious citizens. The nonreligious currently make up the fastest-growing segment of the U.S. population by religious identification at 29 percent. It is coercive and intimidating for these nonreligious citizens to come to a public meeting and be required to either make a public showing of their nonbelief or show deference to a religious sentiment they do not believe in. In an article in the Akron Beacon Journal, a member of the City Council agreed that “council chambers should be an inclusive and welcoming environment for everyone who enters this public space."

“This ostentatiously Christian practice must end,” says FFRF Co-President Annie Laurie Gaylor. “It presumes to speak for the religious belief of the entire population of the city of Akron — a presumption that is quite certainly false.”

You can read FFRF’s letter to the Akron City Council in its entirety here.

FFRF is a national nonprofit organization with over 36,000 members and several chapters across the country, including more than 1,000 members and two chapters in Ohio. Our purposes are to protect the constitutional principle of separation between state and church, and to educate the public on matters relating to nontheism.