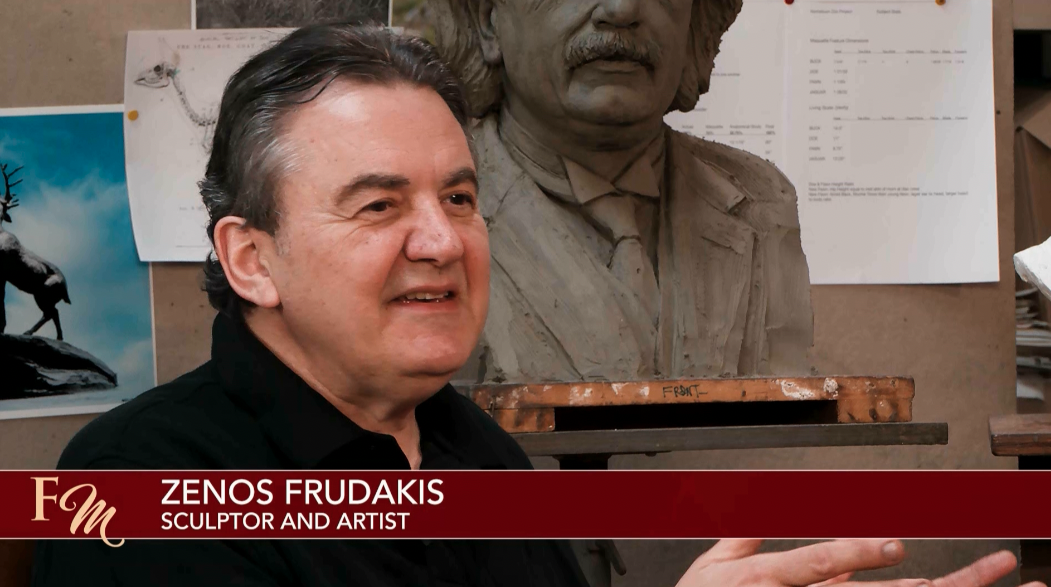 The Freedom From Religion Foundation ventures on a special visit to an acclaimed sculptor’s studio for its last “Freethought Matters” TV show of the season this Sunday.

Zenos Frudakis is an internationally renowned sculptor and artist. More than 100 of his works are displayed throughout the United States, Europe, Australia, Japan, South Africa and other countries. His sculpture, “Freedom,” has been listed in the top 10 public art exhibits worldwide by The (London) Independent newspaper. Frudakis, whose father was born on Crete, was raised in a Greek Orthodox family that boasts a number of other artistic individuals. He is now nonreligious. Frudakis lives in a quiet suburb outside of Philadelphia where he works on his art in a historic carriage house in his backyard.

“So I made a piece that if people drive by, they would see a very large motion of getting free, struggling to break free, because freedom is a struggle, I think, for most people,” Frudakis explains his “Freedom” sculpture to “Freethought Matters” co-hosts Dan Barker and Annie Laurie Gaylor. “It’s about the universal desire for freedom, freedom on a personal level, from large geopolitical events and governments and freedom from religion.”

If you don’t live in the quarter-plus viewership of the nation where the show broadcasts on Sunday, you can already catch the interview on the “Freethought Matters” playlist on FFRF’s YouTube channel. (This show is the last of the season before it goes on hiatus until the first Sunday in September.) You can also receive notifications when we post new episodes of “Freethought Matters” by subscribing to FFRF’s YouTube channel.