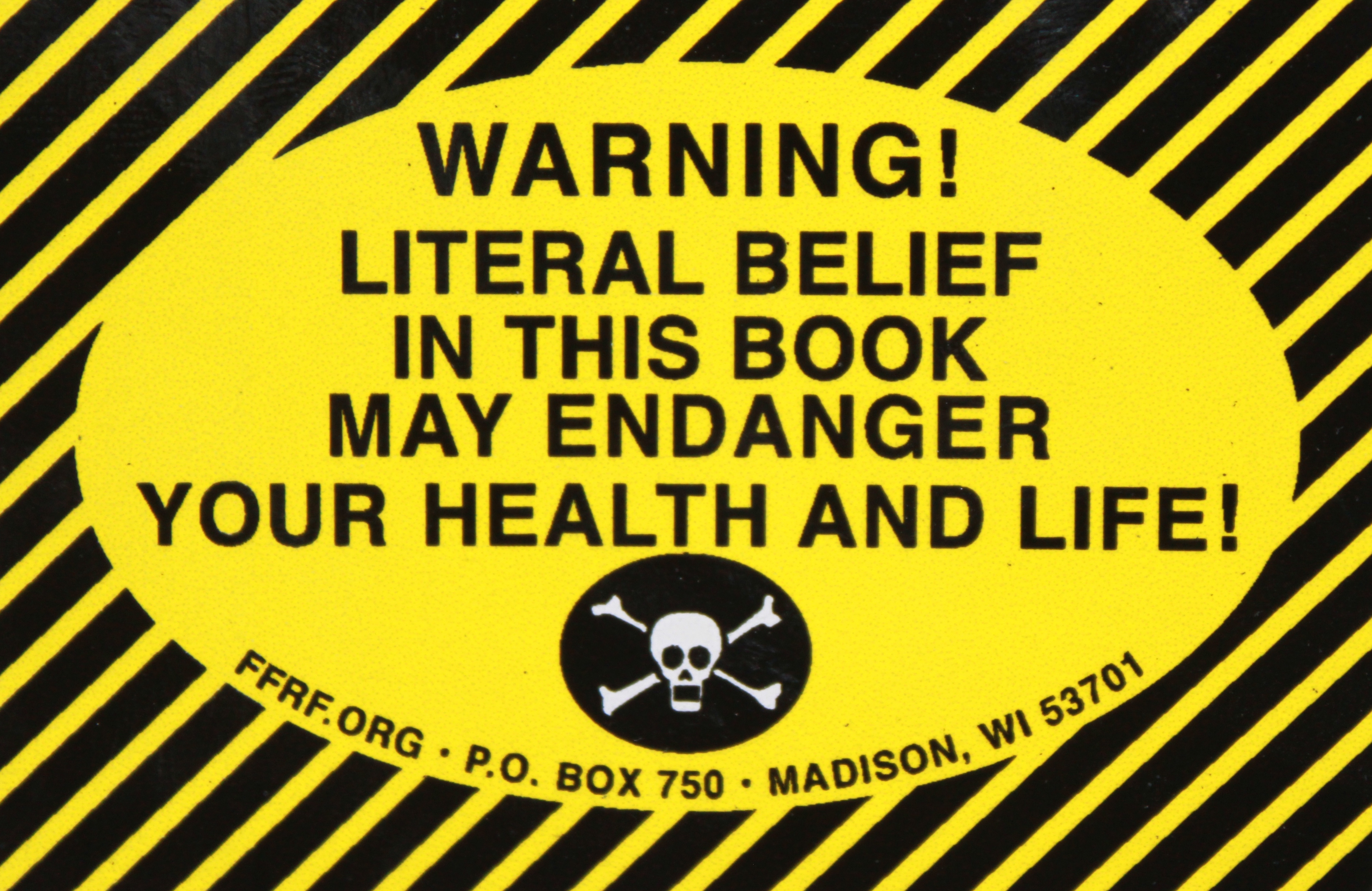 Book bannings are abominable, the Freedom From Religion Foundation admonishes an Idaho school board, but if any book deserves to be proscribed, it is the bible.

The Nampa School District Board of Trustees has recently decided to ban more than 20 books from school libraries. The list reportedly includes Margaret Atwood’s timely The Handmaid’s Tale, Khaled Hosseini’s literary classic, Kite Runner, Dashka Slater’s The 57 Bus and Becky Albertalli’s Leah on the Offbeat. These books were reportedly brought to the district’s attention because they allegedly contain “pornography,” even though some of them have no sexual content whatsoever. Rather than letting a review process continue, the board reportedly stopped the process by banning all of the books.

FFRF advocates, above all, for freedom of thought. It is deeply familiar with the haunting history of censorship — the Catholic Church’s Index Librorum Prohibitorum, Nazi book burnings, attacks on authors such as Charles Darwin and Salman Rushdie, and the murders of Bangladeshi bloggers such as Avijit Roy.

“The best solution is to leave a diversity of viewpoints in school libraries, and allow students to explore disparate views themselves,” FFRF Co-Presidents Dan Barker and Annie Laurie Gaylor write to Nampa School District Board of Trustees Chair Jeff Kirkman. “However, if you are intent on banning books with the aim of protecting children, may we suggest that you are looking at the wrong books?”

If parents and school districts are wanting to ban books with “inappropriate” content, FFRF recommends, perhaps they should investigate books that can be found in almost every school library. In one, rape is not only described, but the victims are also forced to marry their rapists. (Deuteronomy 22:28–29) Another tells the story of a prostitute who “lusted after her lovers, whose genitals were like those of donkeys and whose emission was like that of horses,” who “longed for the lewdness of your youth, when . . . [her] bosom was caressed and your young breasts fondled.” (Ezekiel 23:20–21) This same book speaks about sex toys: You “took the fine jewelry I gave you, the jewelry made of my gold and silver, and you made for yourself male idols and engaged in prostitution with them.” (Ezekiel 16:1) Another book has a character who prays, “may her breasts satisfy you always, may you ever be intoxicated with her love.”(Proverbs 5:19.) Another sordid and preposterous story that defames incest victims recounts the exploits of two daughters who, having just witnessed a genocide and the murder of their mother by a pyromaniacal god, supposedly get their father drunk and seduce him in order to bear his children. (Genesis 19) Yet another book describes sperm, intercourse, menstruation, homosexuality, bestiality, adultery, and whores. (Leviticus) Another depicts a holy man impaling a woman through her belly and describes in loving detail how to steal and rape virgins as war booty. (Numbers) Yet another tale tells how a woman has her hand cut off for touching a man’s penis. (Deuteronomy 25:11–12) In another, women’s skirts are lifted over their face so their nakedness and shame can be shown to all. (Nahum 3:5) Another tale describes a man touching a woman’s “hole of the door” and how her “bowels were moved for him.” (Song of Solomon 5:4)

These and many more unpalatable and sexually explicit stories are found in the various books of the bible. FFRF’s educational association has published a brochure,An X-Rated Book: Sex & Obscenity in the Bible, that exposes nearly 150 bible verses displaying a “pornographic view of sex and women, lewdness, depravity and sexual violence often ordered or countenanced by the biblical deity.” FFRF Co-President Dan Barker has written an entire book on the evils of the bible, GOD: The Most Unpleasant Character in All Fiction. FFRF gives away warning labels to place on hotel bibles stating, “Warning: Literal belief in this book may endanger your health and life.”

The bible is the single most weaponized piece of writing on the planet, responsible for unjust wars, genocide, anti-semitism, violent extremism, subjugation of women and pervasive racism, FFRF contends. Throughout the Crusades, the Inquisition, the witch hunts, chattel slavery, the Holocaust and the history of homophobia, the bible looms large. The current crusade against “Critical Race Theory” and anything related to LGBTQ folks is simply the latest instance of the bible’s negative influence.

“We strongly urge you to reverse course and not to ban any books from your public school libraries,” FFRF’s letter concludes. “If you are hellbent on removing ‘inappropriate material,’ however, we demand that you be even-handed about your purge and immediately remove the bible from classrooms, libraries and any instructional materials.”

Read FFRF's letter to the Nampa School Board here.

The Freedom From Religion Foundation is a national nonprofit organization with more than 36,000 members across the country, including many members in Idaho. Our purposes are to protect the constitutional principle of separation between state and church, and to educate the public on matters relating to nontheism.