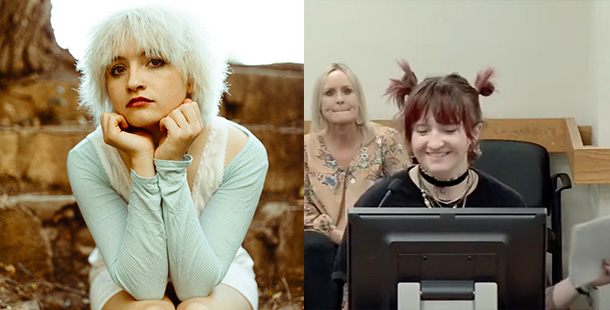 The Freedom From Religion Foundation is pleased to bestow a South Dakota high school student with its $1,000 student activist award for her objections to her school board starting its meetings with Christian prayer.

Shaye Beardsley, a senior at Stevens High School, has been granted the “Strong Backbone Student Activist Award” after she spoke up at the April 5 meeting of the Rapid City Area Schools board against its recent practice of inviting clergy to pray at meetings.

The Freedom From Religion Foundation received a complaint about the school board opening with an invocation in October of last year and sent a letter. After no reply, FFRF Legal Fellow Karen Heineman followed up with an open records request in January. She again received no response. In the meantime, a few adults in the community had voiced displeasure about the prayers in comments during the meeting.

At the April meeting, Beardsley spoke up on behalf of herself, as well as several other students, including a Christian student who said it was not only unconstitutional but unkind to force the religion on those who don’t practice Christianity. Beardsley’s testimony included a recitation of the Supreme Court decision against official school prayer. With a flourish, she ended her short testimony by adding, “Almost all of these people can vote in the next election.”

She explained the reasons for her intervention to FFRF.

“The issue that I addressed in that specific meeting was about the invocation that is recited at the beginning of every meeting,” she said. “Every time the prayer is said, it is always a Christian prayer invoked by a Christian minister. Not only does this prayer alienate students who don’t believe in Christianity, it also creates an environment that makes some people feel unsafe and/or unwelcome. This results in less communication between viewpoints as a specific group is being alienated from the place that it is supposed to go to feel seen and heard.”

Demonstrating the problem, Pastor James Moore from Journey Church was formally introduced at the board meeting on April 5 and intoned, “Lord, all authority is given by you and you’ve placed anyone in authority in their position … to make godly decisions for our children in Jesus’ name. Amen.”

“I plan to take a gap year on the West Coast and get in-state tuition for college,” she tells FFRF. “My major is still undecided but will most likely be something along the lines of journalism or international relations.”

FFRF is impressed with the spirit of student outspokenness that Beardsley represents — and will persist in its work to ensure that such activism is supported.

“FFRF will continue to educate the school board on the inappropriateness of mixing prayer and public school business, especially given the fact that students are present,” remarks Heineman.

FFRF Co-President Annie Laurie Gaylor says, “We’re proud of Shaye. She’s the one teaching the school board what they should already know. It’s the height of ego to invite clergy who assert these particular school board members were placed on the school board by God to make ‘godly decisions’ for children ‘in Jesus’s name’! No, they were placed there by taxpayers to run an entirely secular school district, whose purpose is to educate, not indoctrinate.”

The $1,000 annual scholarship is financed by an octogenarian FFRF member who gives the scholarship on his birthday to encourage and reward activism by freethinking students.

The Freedom From Religion Foundation, a nonprofit founded in 1978, represents more than 37,000 nonreligious members nationally and works as a state/church watchdog to uphold the separation of state and church.