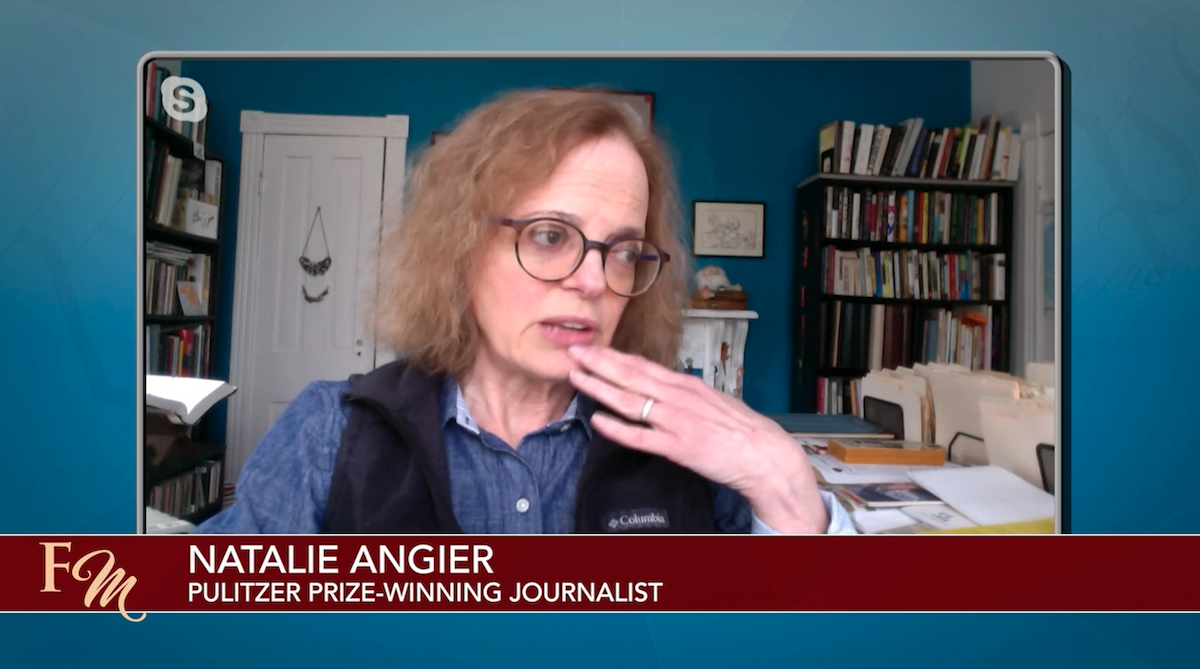 A Pulitzer Prize-winning exponent of science and freethought is the guest on the Freedom From Religion Foundation’s “Freethought Matters” TV show Sunday.

Natalie Angier, who received the Pulitzer Prize in 1991, is the author of a number of fascinating books. These include an amazing work called Woman: An Intimate Geography, a celebration of the female body and of biology that’s been translated into 24 languages. Her The Canon: A Whirligig Tour of the Beautiful Basics for Science won the Robert Peebles Prize for Critical Thinking. Angier wrote an article, “Confessions of a Lonely Atheist,” that appeared in the New York Times Magazine on Jan. 14, 2001, in which she outed herself as an atheist when that was rare. She accepted FFRF’s Emperor Has No Clothes award, reserved for public figures who make known their dissent from religion, back in 2004.

“I do feel that now, when we’re talking about misinformation and all the bad information that’s out there, well, I hate to say it, but a lot of the religious tenets are also misinformation,” she tells “Freethought Matters” co-hosts Dan Barker and Annie Laurie Gaylor.