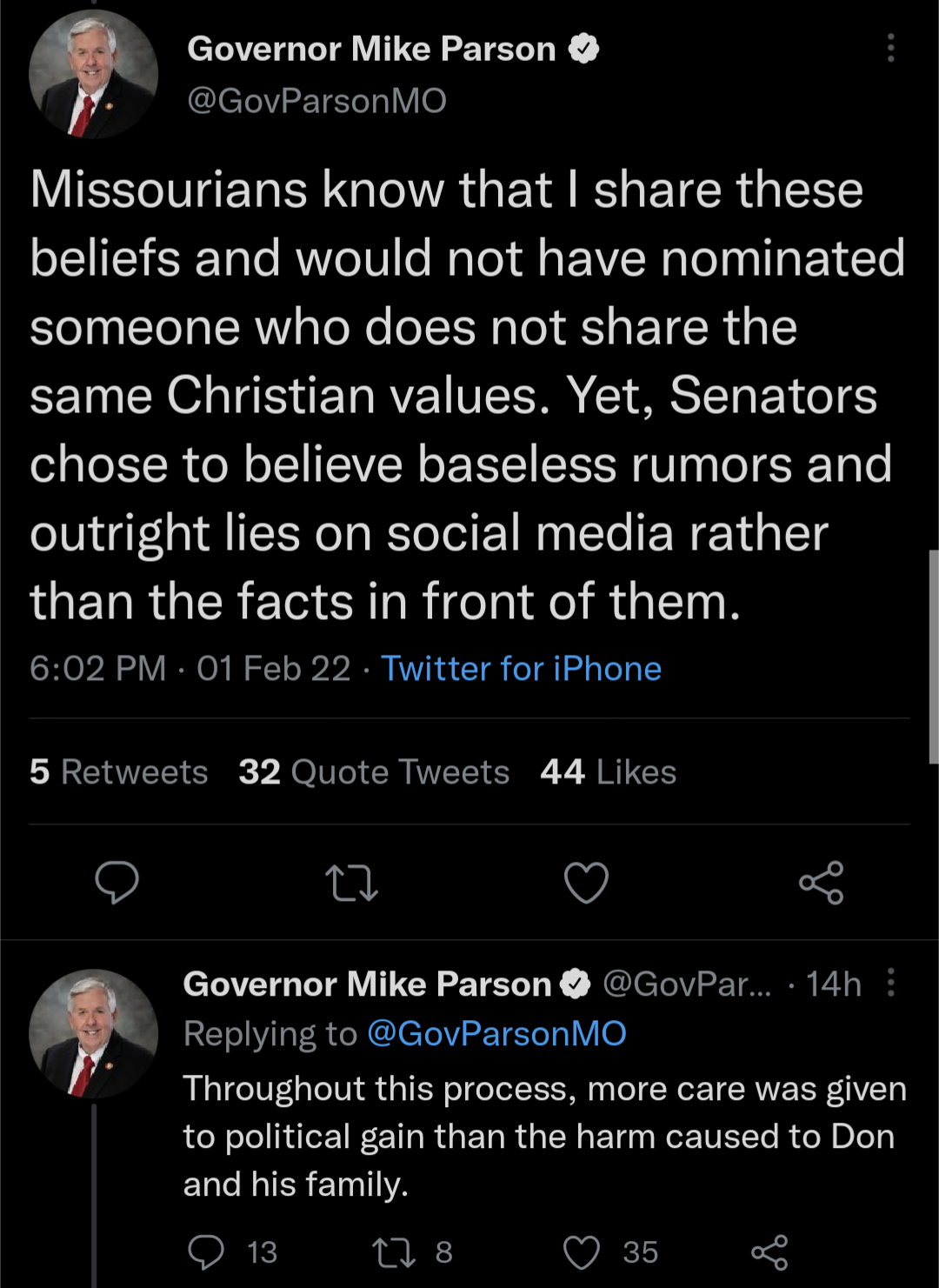 The Freedom From Religion Foundation is calling out the Show-Me State’s governor for posting an official tweet implying only Christians are fit to serve in the government.

FFRF quickly dispelled this specious notion in a letter of complaint to Missouri Gov. Mike Parson.

The tweet in question reads, “Missourians know that I share this belief and would not have nominated someone who does not share the same Christian values. Yet, senators choose to believe baseless rumors and outright lies on social media rather than the facts in front of them.”

Parson’s tweet was in reference to the Missouri Senate refusing to seat his nominee, Donald Kauerauf, as director of the Missouri Department of Health and Senior Services, for being pro-vaccination.

While FFRF concurred with Parson for calling the Senate denial “disgraceful,” the state/church watchdog reminded him that he represents all Missouri citizens and that Constitution precludes any religious test for public office.

“The ban on religious tests in the United States Constitution is one of the truly great and original bulwarks for freedom of thought and expression.” write FFRF co-presidents Annie Laurie Gaylor and Dan Barker. “Our Constitution is godless, omitting any mention of God or Jesus — a unique contribution of our Founders.” That means Parsons cannot consider whether someone “shares the same Christian values” as a prerequisite for any public office or political appointment.

FFRF told Parsons that nonreligious Americans are the fastest-growing segment of the U.S. population by religious identification — 35 percent of Americans are non-Christians, and this includes the more than one in four Americans who now identify as religiously unaffiliated.

FFRF insists that Parson delete his inappropriate tweet and apologize to non-Christian Missourians for the implication that they are unfit for government office.

The Freedom From Religion Foundation is a national nonprofit organization with more than 35,000 members across the country, including about 500 members in Missouri. FFRF protects the constitutional separation between state and church and educates about nontheism.