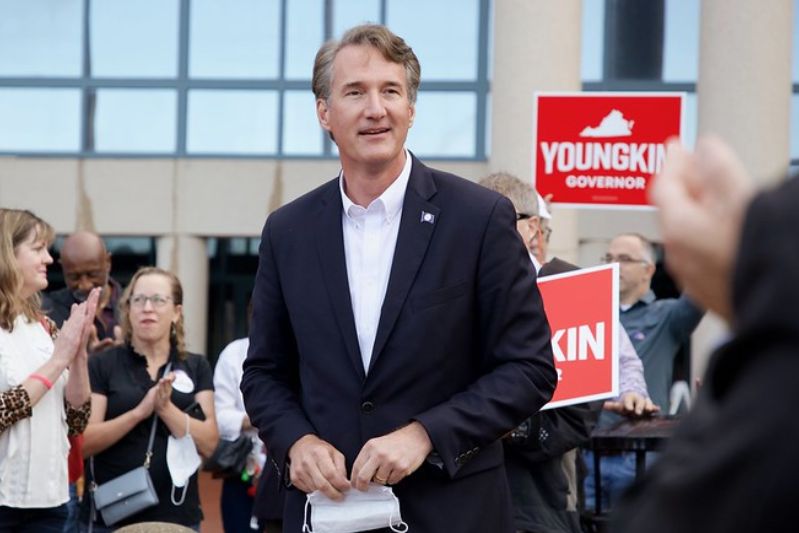 As the biblical maxim goes, “Ask and ye shall receive.” Virginia Gov. Glenn Youngkin asked recently for parents and individuals to report “divisive practices in the schools” via a tipline, and the Freedom From Religion Foundation has obliged.

Youngkin’s controversial move has been branded as a way to pit students against teachers and muzzle what is being taught in public schools. FFRF agrees that there are divisive practices in Virginia schools — but they’re actually due to religious pressures coming from the governor and others.

“There is perhaps nothing more divisive in our public schools than religion,” FFRF Staff attorney Chris Line writes to the governor. “The constitutional principle of separation between state and church helps unite diverse people — to unify us as a nation. This founding American principle is key if your purpose is to end divisiveness and truly bring Americans together in a spirit of unity.”

In McCreary County, Kentucky v. American Civil Liberties Union of Kentucky, the Supreme Court clearly stated that one of the major reasons the founders chose to separate our government from religion is because of the divisiveness such a union creates.

FFRF’s letter lists a number of instances in which unconstitutional practices entangling religion in the Virginia public schools have created division, including opening school board meetings with prayer and coaches imposing prayer on school athletes. The state/church watchdog notes that, with the religiously unaffiliated now numbering 30 percent of young persons, many Virginia students are being made to feel like outsiders because of religious practices in public schools.

“Since Youngkin is allegedly so concerned about protecting the rights of students and parents,” adds FFRF Co-President Dan Barker, “we urge him to take proactive steps to ensure that these divisive religious practices are no longer allowed to take place in Virginia’s public schools.”

The Freedom From Religion Foundation is a national nonprofit organization with more than 35,000 members across the country, including hundreds of members in Virginia. Our purposes are to protect the constitutional principle of separation between state and church, and to educate the public on matters relating to nontheism.