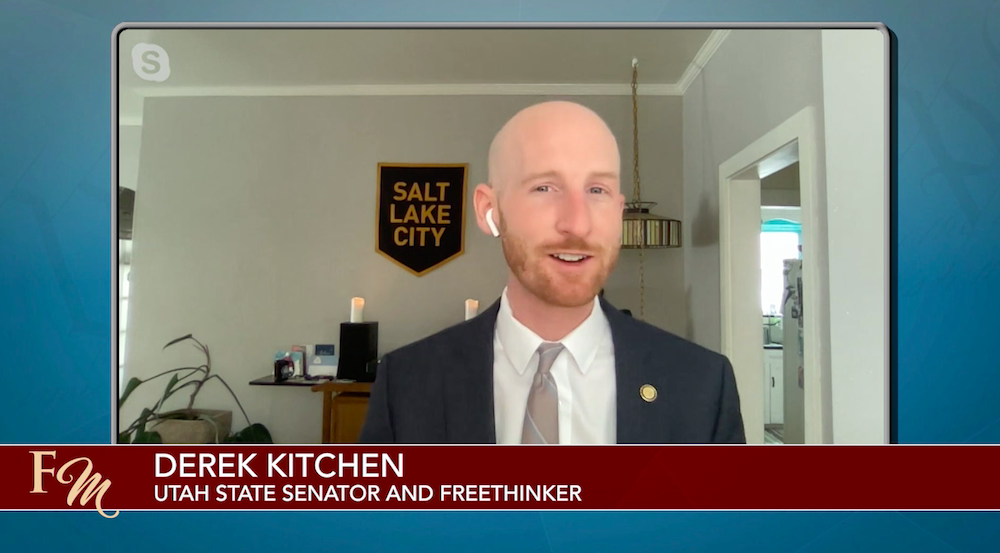 State Senator Derek Kitchen, a former Mormon, explains why he changed his mind about religion, ran for public office and even became a plaintiff in a historic case that struck down Utah’s same-sex marriage ban.

“I was pretty young when I first told my family that I didn't think I was Mormon and that I didn't believe in God,” Sen. Kitchen tells “Freethought Matters” host Dan Barker.

Kitchen reveals that “Coming out as an atheist was a little bit more challenging for my family to wrap their mind around” than coming out as gay.