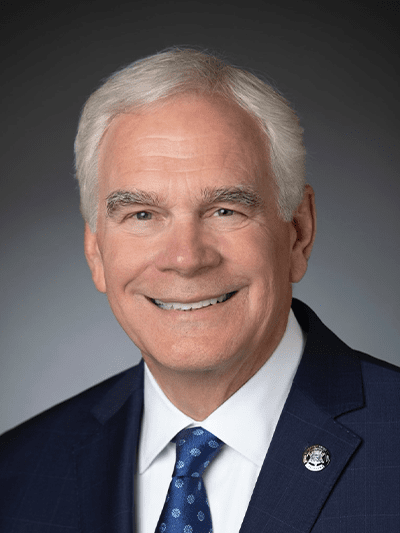 Following the attorney general’s controversial remarks at a Rotary Club luncheon, the national state/church watchdog sent a prompt Jan. 11 letter to O’Connor taking him to task over a number of his rambling misstatements. Those included attacking the idea of a “godless America,” and insisting that because majority rule has been “dead wrong” on many occasions, “our system has to be based on a deeper set of principles, and I submit to you that that’s God the creator.”

Religious liberty is one of America’s greatest achievements and that liberty is guaranteed by our secular government, FFRF Legal Fellow Karen Heineman wrote O’Connor. She noted that our nation is founded on a godless and entirely secular Constitution, whose only references to religion in government are exclusionary, such as “no religious test shall ever be required” for public office.

“You took an oath to defend our godless Constitution, whose First Amendment ensures not only that the government may not establish a religion, but also that public officials cannot impose their personal religious beliefs upon their constituents,” Heineman continued. “Your comments show that you misunderstand how our Constitution protects individual religious freedom while seeking to violate those very protections.”

"His stance is ignorant and anti-Bill of Rights,” FFRF Co-President Annie Laurie Gaylor told Public Radio Tulsa, “and coming off the week after the anniversary of Jan. 6, it's rather frightening to see these statements being made by him." "

FFRF is a national nonprofit organization with more than 35,000 members, including members in Oklahoma. FFRF protects the constitutional separation between state and church and educates about nontheism.