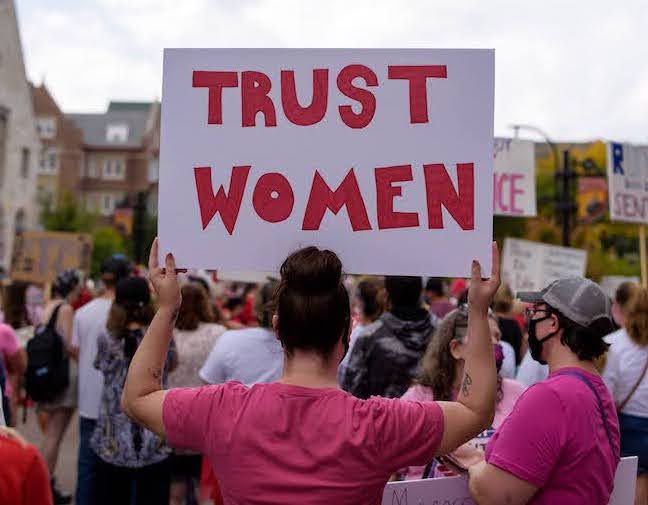 Amid a relentless onslaught of anti-abortion bills at the state level, the Freedom From Religion Foundation celebrates passage of a positive piece of reproductive rights legislation.

New Jersey Gov. Phil Murphy on Thursday, Jan. 13, signed a bill into law that enshrines abortion rights in the Garden State. With the future of Roe v. Wade on shaky ground, Murphy indicated he wants to ensure the right to legal abortion care. In a signing ceremony in Teaneck, Murphy boldly announced, “Regardless of whether or not the Supreme Court overturns Roe v. Wade, New Jersey’s position in support of the right to reproductive autonomy will remain clear and unchanged.”

The bill also outlines a right to contraception.

As abortion rights across the country become shakier, New Jersey’s proactive new law is an important and necessary step. According to the Guttmacher Institute, only 15 states and the District of Columbia have laws that protect the right to an abortion. In contrast, 22 states have laws that could be used to restrict abortion if Roe v. Wade is overturned.

Wisconsin, the home state of the Freedom From Religion Foundation, is one such backward state. Shamefully, a pre-Civil War abortion ban remains on the books waiting to take effect, which would imprison physicians for performing abortions.

While New Jersey’s move is laudable, it is not enough. It’s clear from the legislative landscape that emergency federal action is required to protect abortion rights throughout the country. That’s why the Freedom From Religion Foundation submitted formal testimony in support of the Women’s Health Protection Act. That act, which passed the House, is languishing in the Senate. Please contact your senators to tell them to pass this vital piece of abortion legislation.

“Human rights and individual liberties — particularly the decision of if and whether to become a mother or parent — cannot be subject to the whims of whatever state you happen to live in,” says Annie Laurie Gaylor, FFRF co-president. “The Catholic- and extremist-dominated Supreme Court, for covertly religious reasons, is poised to repeal or nullify Roe. The remedy is for citizens to demand that Congress act now.”