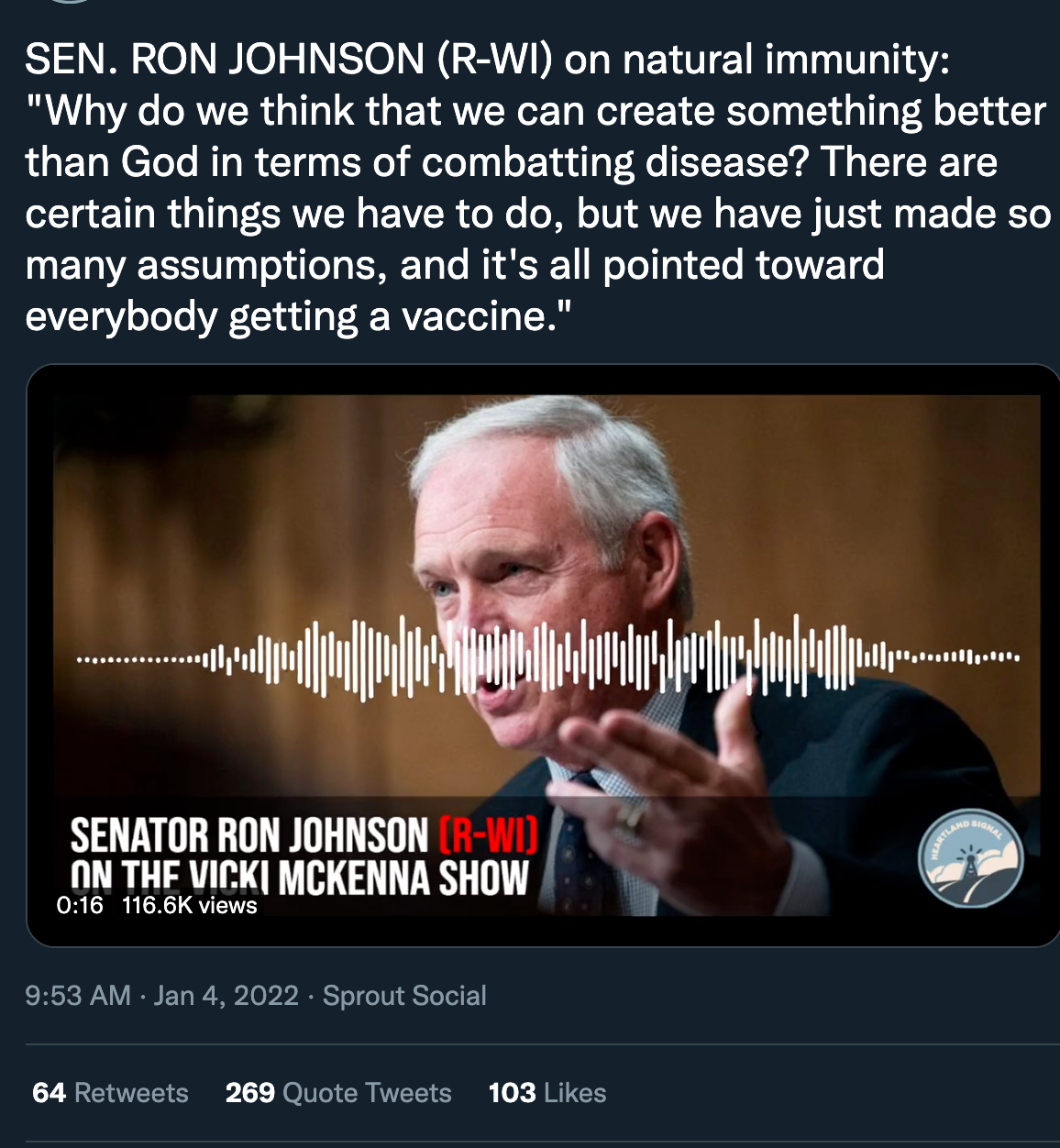 The Freedom From Religion Foundation is taking Wisconsin Senator Ron Johnson to task for reckless anti-vaxx “medical” advice given on a radio show earlier this week.

On Monday, Jan. 3, he appeared on the Vicki McKenna Show and after downplaying Covid-19, asked listeners: “Why do we think that we can create something better than God in terms of combating disease?”

In a letter to Johnson, FFRF Co-Presidents Annie Laurie Gaylor and Dan Barker asked him to retract the anti-vaccine advice.

Johnson demonstrated his lack of basic medical knowledge by telling McKenna that after he got Covid-19, he didn’t have any symptoms. He asked incredulously, “How do you explain that!?”

From the earliest onset of the pandemic, medical experts knew that a minority of those infected would be asymptomatic, but would nevertheless develop antibodies against the virus, Gaylor and Barker noted.

“Your experience, while fortunate, is not at all inexplicable, but, unfortunately, is relatively rare. Suggesting to a wide audience that they would all similarly suffer no symptoms from Covid is reckless in the extreme,” they added, especially in the midst of the omicron surge.

Johnson’s bizarre “Dark Ages” argument is basically a religious repudiation of modern medicine. The obvious fact is that medical science, including vaccination, has improved human health almost immeasurably compared to when church and state were united, when scientific advancement was condemned as heresy and witchcraft, writes FFRF. “At that time, fittingly called the ‘Dark Ages,’ life expectancy was low in large part because natural immunity was the only defense humans had.”

Spreading misinformation, with an absurd theological justification, is irresponsible in a public official, FFRF concludes, and urges Americans to trust in science and the advice of medical professionals, not that of “pious politicians.”

The Freedom From Religion Foundation is a Wisconsin-based national association with more than 35,000 members, including more than 1,500 members in its home state, and works as a state/church watchdog.